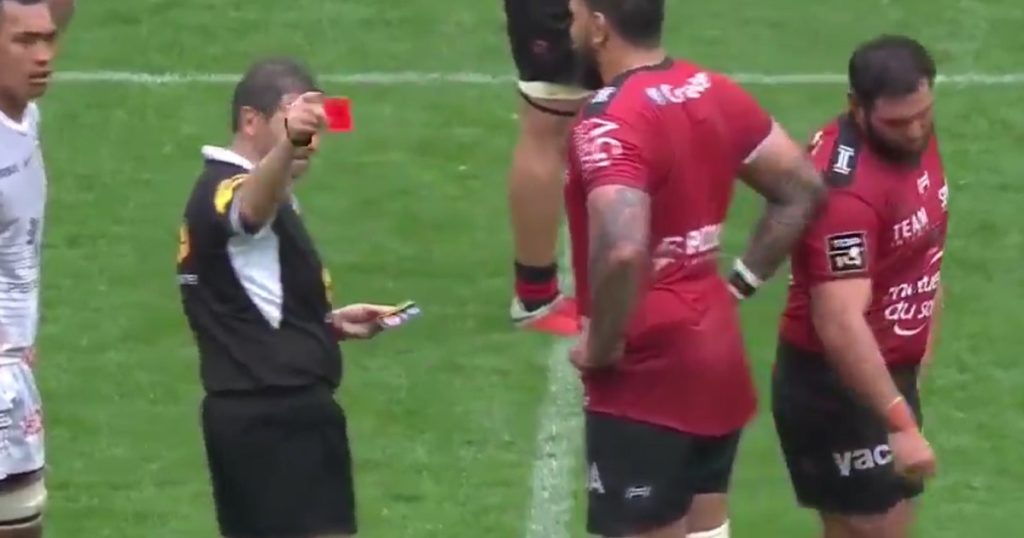 Toulon prop Floria Fresia will face a disciplinary hearing in Paris next week after being sent off for striking Toulouse winger Lucas Tauzin in his side’s 25-10 victory in the Top 14 last weekend.

The pair confronted each other following a larger brawl between the two sides, with Fresia striking Tauzin twice in the face, resulting in his exclusion.

However, questions remain over the exact nature of the second strike, with initial footage showing a punch, while further replays and Tauzin’s immediate reaction perhaps suggesting a more sinister contact with the eyes.

The reaction of Tauzin has led some to question whether the latter may be the case, given the theatrical fall to the ground. Despite there being a degree of force in the strike, it appears unlikely that Tauzin would have been floored by that type of punch in such dramatic fashion.

Referee Jerome Garces brandished the red card following consultation with his TMO, and subsequently dismissed Fresia for a punch (coup de poing), leaving the matter on the field, settled.

Fresia will no doubt cop a ban for his actions when he stands before the disciplinary panel on the 17th April.

Toulon were leading 15-3 at the time of Fresia’s sending off but still managed to see out a largely comfortable win over the league leaders. All Black Malakai Fekitoa score in each half to give the struggling past champions enough of an advantage to ease to just their ninth win in 21 games this season.

Toulon, despite being assured of survival in the Top 14, languish 10th in the standings.