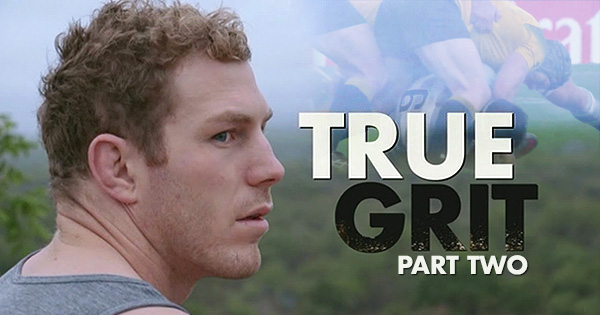 Last week we shared part one of this fascinating David Pocock documentary that gives us a look into the complex life of the Wallaby star who, along with his family, was practically forced to pack up and leave Zimbabwe almost 15 years ago. Above is part two, completing the series.

In part one we learnt about David’s life back in Zimbabwe and the dramatic events that shaped his future, while in this part we get to see what life was like for him in his new home of Australia, and how an extreme work ethic got him to where he is today.

After making his Test debut aged just 20, Pocock then set out to ‘Be the change you want to see’, giving back with charitable work in Africa, fighting for LGBT rights and even getting arrested when taking part in a non-violent protest against the expansion of a coal mine in a state forest.

On the rugby field he continues to dominate, and this next part of the documentary will show you exactly why, and give you a good insight into what makes the man tick.

Note: The first three minutes were recorded with the tv info overlay but it is fine after that

An incredible week in the Zimbabwean lowveld tracking rhino on foot. The wind was perfect and we were able to get a closer look at a white rhino and her calf. Very inspiring to see all the hard work being done to protect these magnificent creatures. #zimbabwe #rhino #canon