UMAGA impresses for Wasps with slick assist in Saracens clash 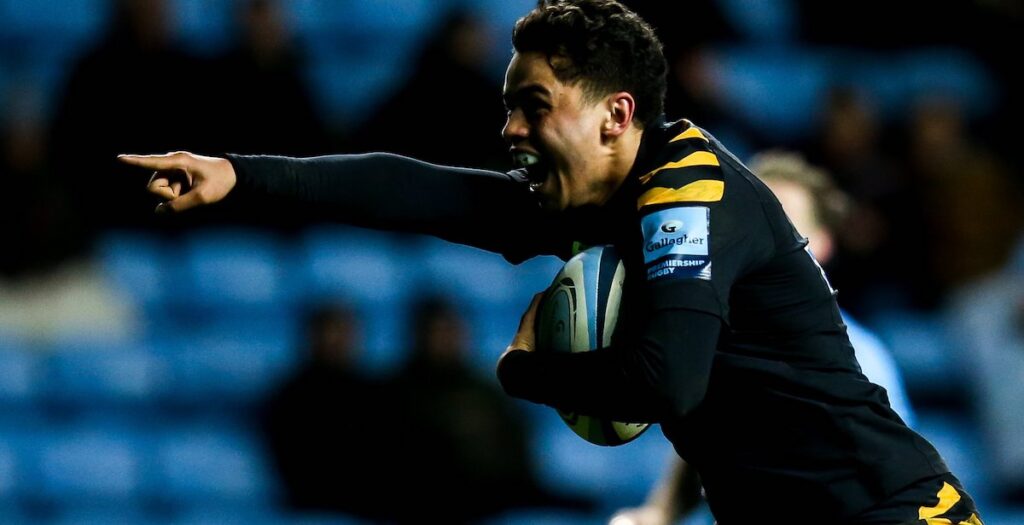 Jacob Umaga was at the centre of a wonderful Wasps try against Saracens in Friday night’s Premiership game.

The 21-year-old begun the Wasps attack with a lovely chip over the visitors’ defensive line and having regathered the ball the fly half took contact and recycled inside the Saracens half.

Umaga got back to his feet and received the ball from flanker Jack Willis before beating a further two defenders and assisting number eight Nizaam Carr for a try under the posts. The youngster also chipped in with a try of his own on 50 minutes.

Wasps went on to win the game 60-10 at the Ricoh Arena leaving them eighth in the Premiership table after 11 rounds and full match highlights are available below:

Umaga, son of the New Zealand legend Tana, has been with Wasps since 2016 and represented England U20 eight times. There’s no doubt he has a big future in the game.