UPDATE: How close is Christian Wade to joining the NFL? 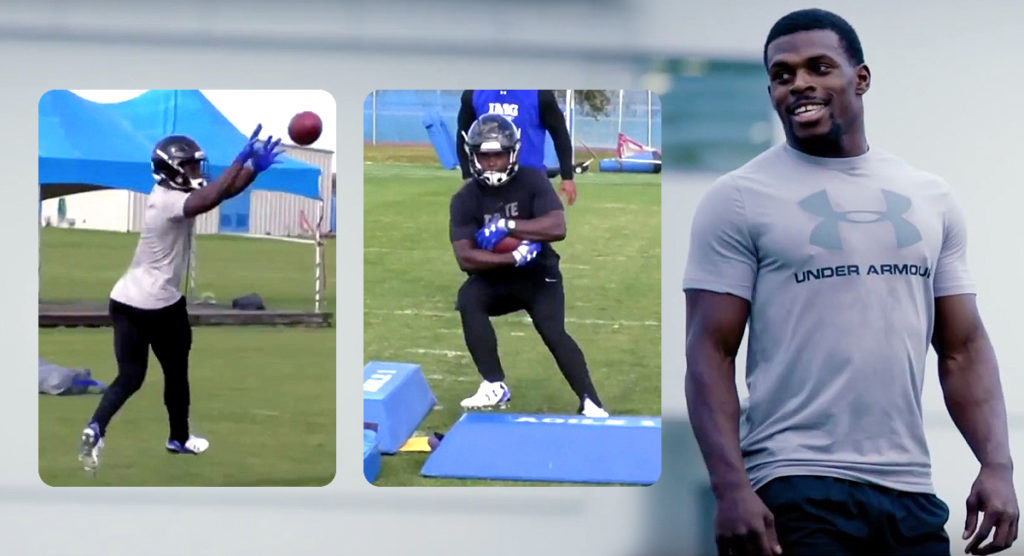 The former Wasps star and England winger has had a challenging time coming to grips with his new-found sport of choice as he works hard to get drafted into the NFL. After leaving rugby behind, he’s embarked on the arduous task of getting up to speed with the sport.

Wade has been through stringent testing, both on and off the training ground, to get himself ready for selection. He’s said that finding his feet has been more challenging than he expected, as there is so much to learn about American Football, perhaps more than he anticipated.

The try-scoring machine is up or the challenge though and continues to be put through his paces as he transitions from a professional rugby player into a super athlete ready for the NFL.

The journey continues, as ESPN caught up with him recently where he explained the gruelling process and said that very soon he will find out if he has what it takes when coaches and scouts witness him performing in the combine.

If he impresses he will likely be drafted to a squad and the first chapter of his monumental journey will have been a success. Fingers crossed!