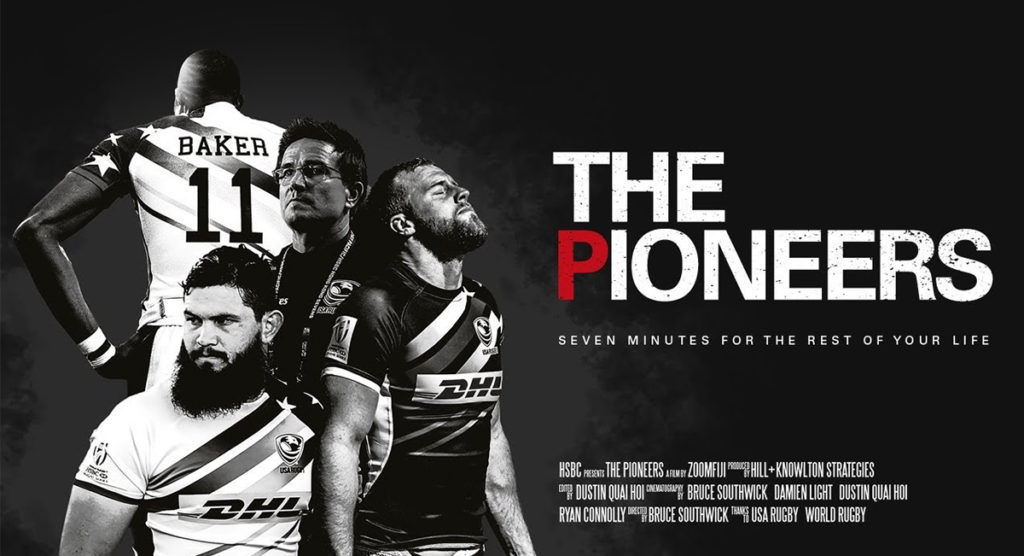 Part Two of The Pioneers, the behind the scenes documentary that covers the USA Men’s Sevens rugby team’s journey to the Rugby World Cup 7s, is now out.  In the conclusion of the two-part documentary, we get to see final preparations and how the home team got on at the 7s World Cup.

Hosted in San Francisco, the 2018 Rugby World Cup 7s was a chance for further exposure to the sport of rugby 7s in the USA.

HSBC identified the USA, a sporting powerhouse with huge growth potential, as a key market for the sport moving forward. The ambition with ‘The Pioneers’ is to create a story that can attract new fans in the United States and set the sport up for explosive growth.

HSBC has recently announced a new four-year deal to remain the title partner of the HSBC World Rugby Sevens Series and become the Official Banking Partner of World Rugby, lasting from the 2019 through to the 2023 season.

Mike Friday, the USA Head Coach who features prominently in the film, said:

“We are thankful that the wider American sporting public has had the chance to discover the talented players and incredible personalities that we have the opportunity to coach.

“We may not have claimed victory in San Francisco, but the impact of the tournament on the fans in the stadium and those watching at home cannot be overstated as we seek to position the game to complement the traditional super-sports in the country.

“We will continue our journey in the next HSBC World Rugby Sevens Series and then to the next Olympic Games in Tokyo in 2020.”

Both parts of the documentary can now be viewed below