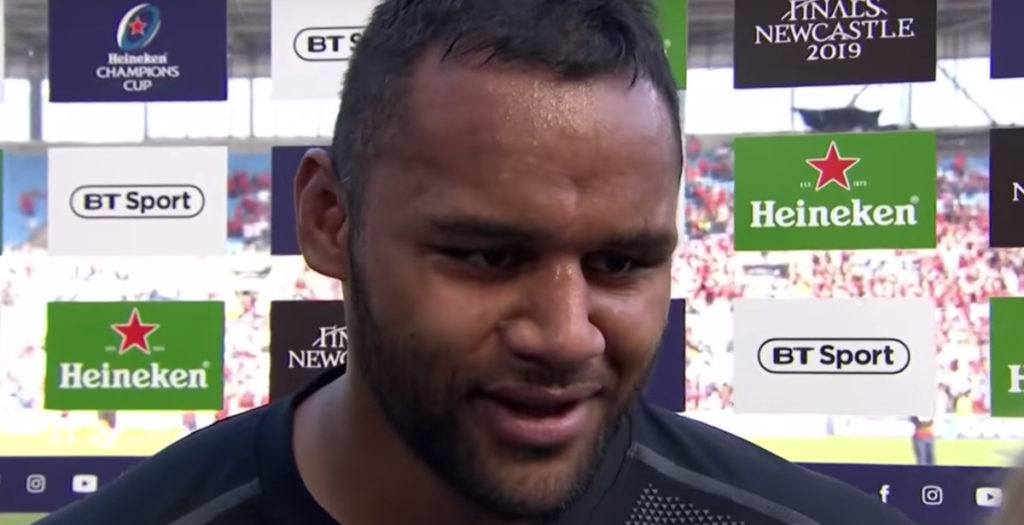 England number eight Billy Vunipola has stood by his social media post which supported the homophobic views of Australian full back Israel Folau.

Vunipola was awarded man of the match during his side’s 32-16 victory over Munster in the Champions Cup semi-final on Saturday and during a post-match interview, the 26-year-old was probed on the Folau situation.

“I believe in what I believe in,” said Vunipola. “There was never any intention to hurt anyone and I’m just grateful to play and be fit.

“Behind closed doors I’ve felt a lot of love and a lot of kindness. Obviously I’m very grateful to be a part of this team.”

Viewers outside the UK may not be able to view this content:

Vunipola was booed by members of the crowd for the second time in a week when he played on Saturday at the Ricoh Arena and he was even confronted by a Munster fan after the final whistle.

“It was quite a motivating factor that people were booing me,” Vunipola told the BBC. “I wanted to back up my words and show my team-mates that I did not mean to distract them.

“I’ll probably not be as honest as I have been about things that probably hurt a lot of people. I know that now.

“I’m not going to change the happy-go-lucky person I am. My faith is what got me to this position. It’s something I’ll stick by.

“It’s been awesome having friends supporting me, whether they agree with me or not.”