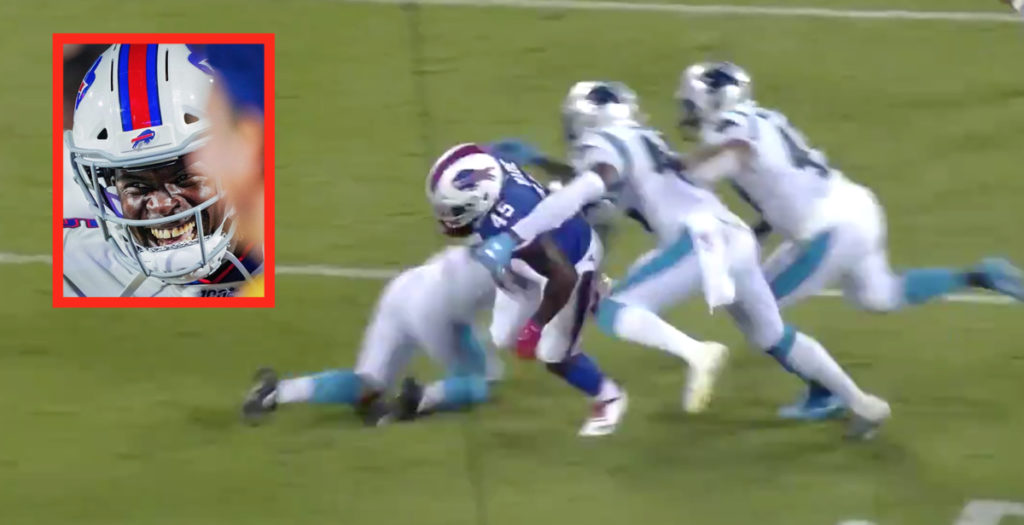 Former Wasps and England winger Christian Wade has continued his fantastic start to his NFL career at the Buffalo Bills with a 47-yard catch.

Wade plays running back for the New York franchise and he scored a fantastic touch down last week with his first ever touch of the ball against the Indianapolis Colts.

However the 28-year-old almost scored another cracker this weekend when he received the ball on half way, before beating five players and charging down field.

Wade did fantastically well to break free of the first three defenders before being brought down just shy of the end zone against the Cardinals.