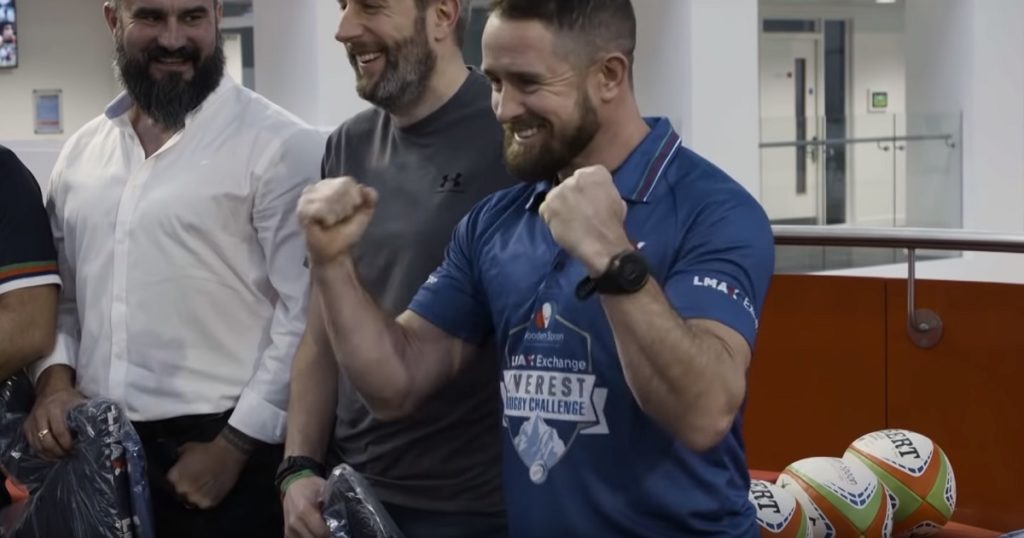 Those of you who have watched the famous Living with Lions documentary following the successful British and Irish Lions tour of South Africa in 1997, will surely remember the line uttered by Head Coach Jim Telfer “this is your Everest boys”. While the majority of us use this as a metaphor, one group of rugby enthusiasts have taken it literally.

Working for the children’s charity Wooden Spoon, former England Women’s captain Tamara Taylor is also the lead for the LMAX Everest Rugby Challenge, which is to aim for the world record for the highest game of touch and full contact rugby, 6,500 metres up Mount Everest.

Wooden Spoon previously travelled to the North Pole in 2015 for a similar fundraiser, breaking the record for the most northerly-played game of rugby.

Also taking part in the challenge are former England players Lee Mears and Ollie Phillips as well as Wales legend Shane Williams. Trekking alongside 20 other men and women, their aim is to raise over £200,000 for children suffering from disability and disadvantage.

It’s a remarkable project and one which is sure to make a huge difference to the lives of many children in the UK and Ireland.

But of course, before the team embark on the mammoth challenge, a robust training regime has to be put in place.

Altitude testing forms a large part of the training programme, analysing the ability of those climbing the mountain’s performance with severely reduced levels of oxygen. The team then finished off their training programme with a competitive game of wheelchair rugby against one of the leading teams in the country.

The challenge is set to take place between 13th April and 6th May.

You can find out more about the LMAX Everest Rugby Challenge by visiting the website: https://woodenspoon.org.uk/get-involved/everest-rugby-challenge/