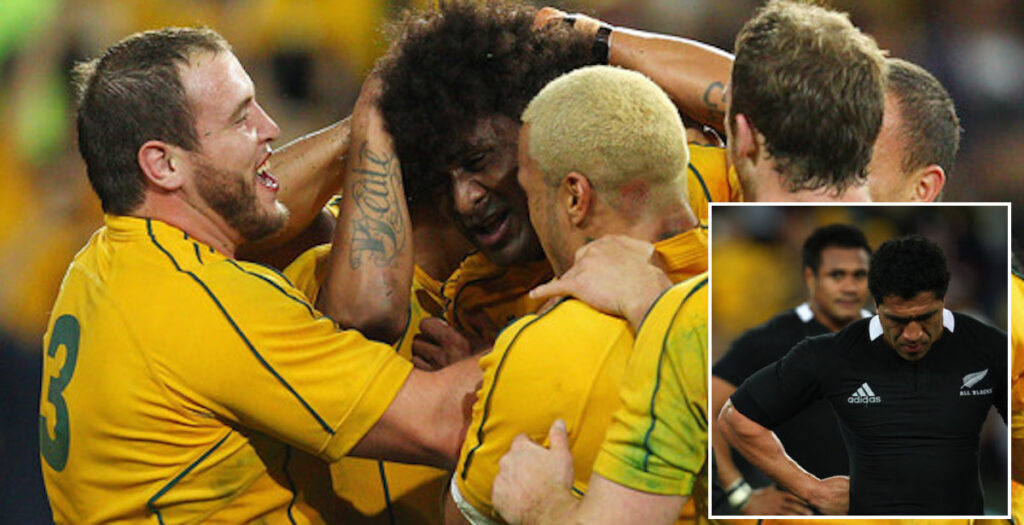 The 2011 Tri Nations decider between the Wallabies and the All Blacks will forever be remembered for Radike Samo’s ridiculous try.

At 35-years-old Samo was the oldest Australian to ever represent the Wallabies, but his try in the first half proved that age is just a number.

The number eight got the ball at first receiver on Australia’s 10-metre line and brushed off All Blacks flanker Adam Thomson with a viscous handoff.

Samo then charged 50 metres straight down the middle of the pitch to score beside the posts and send 50,000 spectators into raptures in Brisbane.

Samo’s impressive turn of pace was enough to beat Mils Muliaina and Cory Jane to the try line.

The hosts went on to win the game 25-20 and secure the Trip Nations championship.

The full game is available below:

Samo went on to win 23 caps for Australia in total and repressed the Wallabies at the 2011 Rugby World Cup.