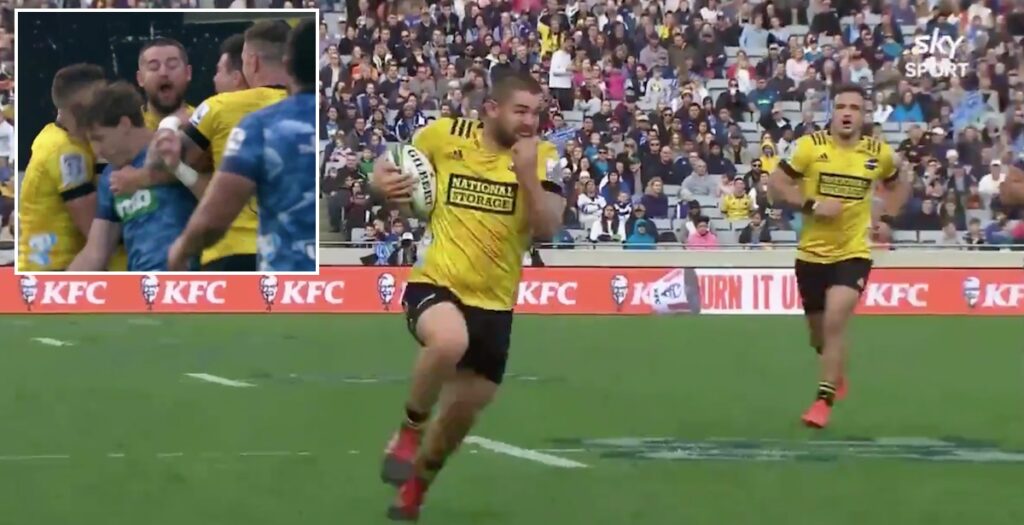 All Blacks hooker Dane Coles scored an epic try for the Hurricanes on Sunday in the opening round of Super Rugby Aotearoa.

The 33-year-old got the ball out wide 25 metres from the try line and showed incredible speed and agility to touch the ball down in the corner.

Former Canes star Beauden Barrett was the last defender and as Coles begun celebrating the try with his teammates they hilariously pulled Barrett into the huddle to join in.

Despite this epic try it was the Blues who went on to win the game 30-20 at Eden Park and conclude the opening weekend of Super Rugby Aotearoa.

Coles has scored an impressive 11 tries in 69 appearances for New Zealand since making his debut in 2012 and he is regarded as one of the game’s most skilful front-rowers.