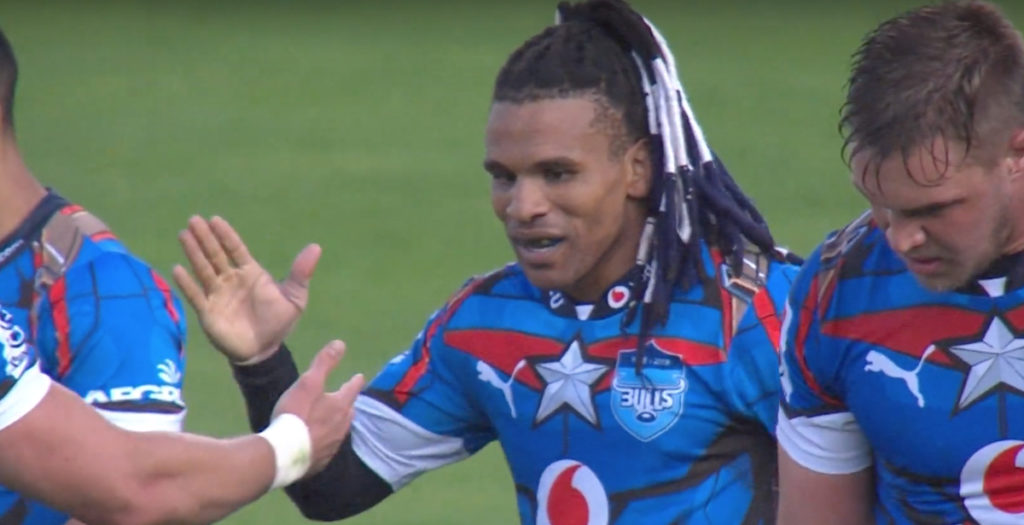 Former South African sevens player Rosko Specman scored twice on his debut for the Bulls in the opening round of the 2019 Super Rugby season.

The 29-year-old has made 150 appearances for the Springbok sevens side and he used his remarkable pace and footwork to slice through the Stormers’ defence two times in the first half.

The bulls went on to win the game 40-3 with fly half Handré Pollard kicking eight from eight and centre Jesse Kriel bagging a lovely try from a chip over the Stormers defence in the last 10 minutes.