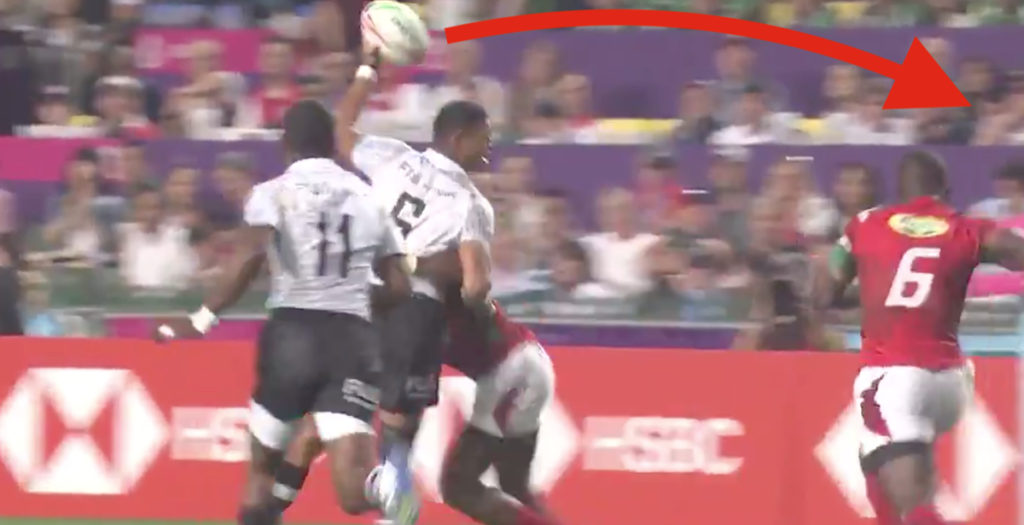 Fiji scored a truly magnificent 80-metre try against Kenya in the pool stages of the Hong Kong Sevens.

The play was started by an intercept from Meli Derenalagi on their own 22-metre line and following six passes the Olympic champions scored their third try of the first half.

Finished off by Jerry Tuwai, the try had everything from ridiculous offloads to no-look passes and the Fijians went on to win the game 22-5.

Fiji have won their first two games of the competition against Kenya and Australia but still have to play New Zealand to decide who wins the group, this game will kick-off at 09:55 BST.