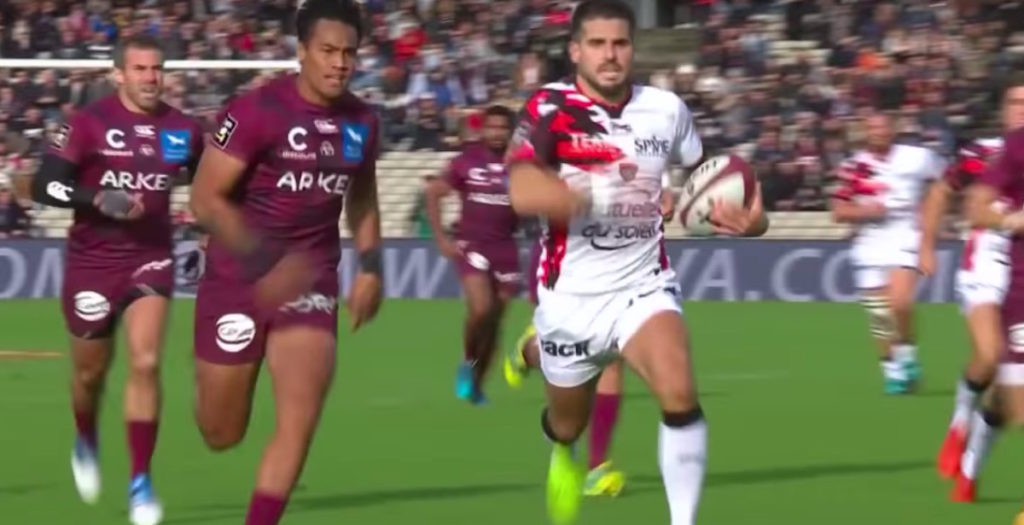 Toulon and French international Hugo Bonneval scored a stunning 55-metre individual try against Bordeaux-Begles in the French Top 14 on Saturday.

The 28-year-old full back broke out of a midfield tackle in the second minute of the game before beating his opposite number Nans Ducuing with a dummy kick to score in the corner.

Bonneval joined Toulon in 2017 and has recently established a starting role for the three-time European champions and in total earned 11 caps for the French national side since 2014.

Toulon have suffered a poor start to the 2018/19 domestic season winning just three matches from 10 and despite the early magic of Bonneval, Toulon went on to lose the match 36-25, leaving them 12th in the table.

Toulon will next play Grenoble at home in round 11 of the competition, still looking to find form in the league.