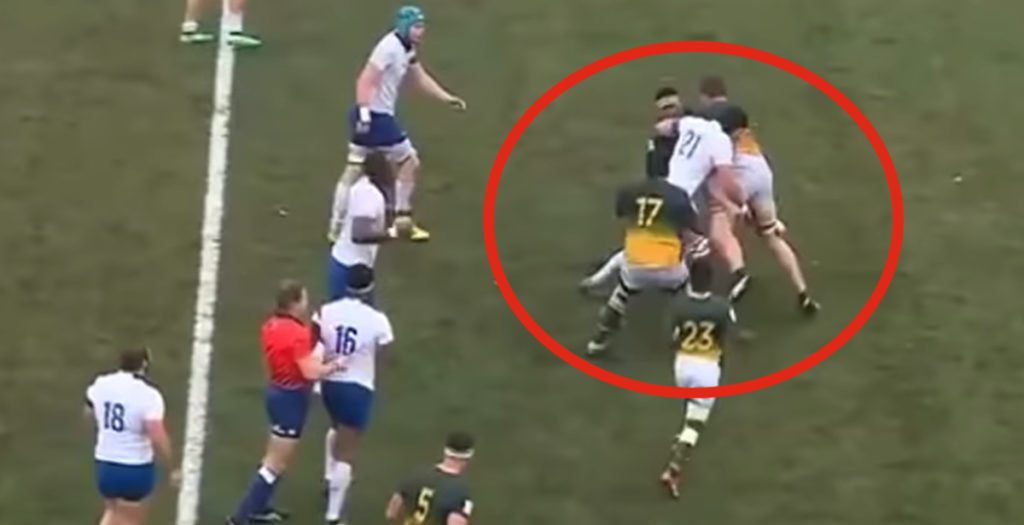 Two French players put in a huge hit on Springbok U20 lock JJ van der Mescht during the World Rugby U20 Championship in Argentina.

The 130kg second row was driven 10 metres back from the initial contact before eventually hitting the ground and World Rugby made a spoof video to highlight the scale of the tackle.

Van der Mescht has made two appearances for the Sharks in Super Rugby and after South Africa lost the game 7-20, France went on to win their second consecutive championship title on Saturday after beating Australia in the final.