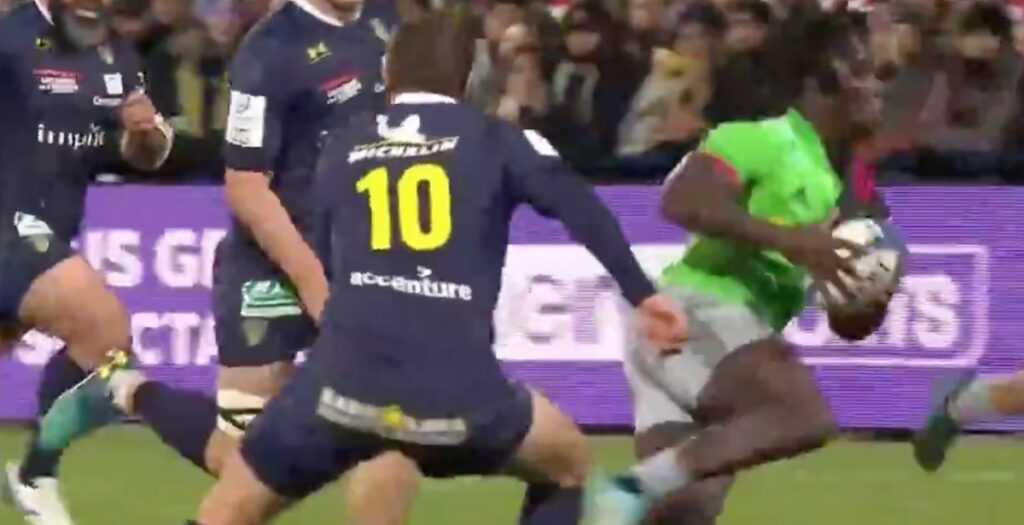 Harlequins winger Gabriel Ibitoye set up one of the European tries of the season against Clermont on Saturday night in the Champions Cup.

The 21-year-old received the ball inside his own half and somehow managed to find open space despite changing direction several times under heavy pressure from the Clermont defence.

Once Ibitoye made the initial break he then produced a jaw-dropping step to leave full back Nick Abendanon rooted to the ground.

Sadly Ibitoye was caught just short of the line, but was still able to get the offload away to centre James Lang who finished off the try.

Despite Ibitoye’s efforts, the game finished 53-21 to Clermont at Stade Marcel-Michelin.

Gabriel Ibitoye that is out of this world 😱

He had absolutely no right to conjure up a try from that situation!