WATCH: James Horwill's final act in rugby was a touchline conversion attempt for the Barbarians 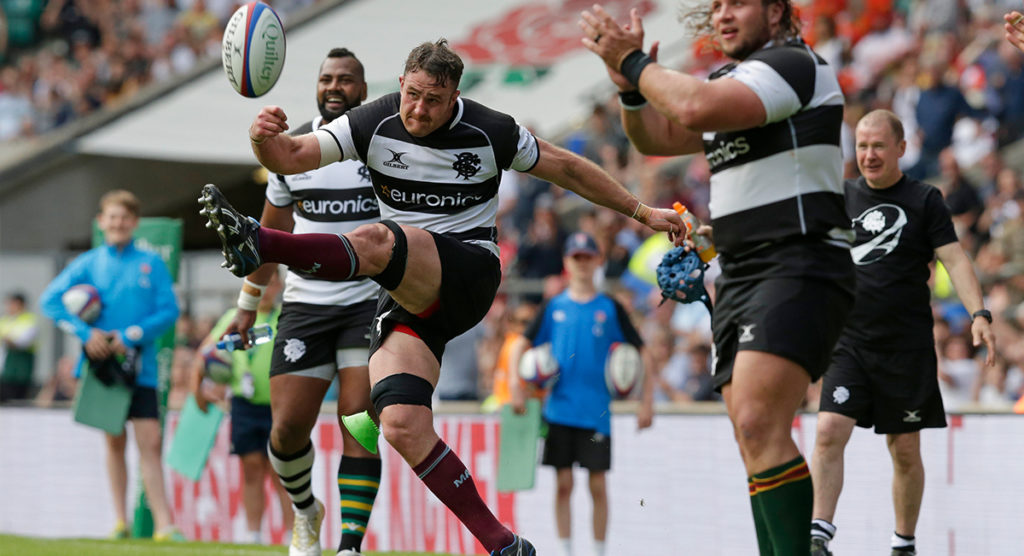 James Horwill has played his final game of professional rugby, as he now hangs up his boots and gets ready to start the next chapter. The 34-year-old Wallaby lock scored a great try for the Barbarians, and as has become tradition, was later given the honour of attempting a conversion kick.

England held out the Barbarians for what was a fairly comfortable 51-43 try-fest at Twickenham on Sunday.

Earlier in the game 62-times Test-capped Horwill, playing in his final match, found himself out wide to collect a perfectly placed Colin Slade crosskick.

But it was later in the match that he truly took centre stage.

What a privilege and honour to pull on the @Barbarian_FC jersey again. One hell of a week, 👀🍺 some awesome memories. Reminds you about all the traditions on why you started playing rugby. And was great to wear @TaibachRFC and @dragonsrugby socks. pic.twitter.com/i5VkAKecXD

A year ago we saw Juan Martin Fernandez Lobbe line up a kick attempt in his final ever match, so when big Taqele Naiyaravoro scored an impressive try out wide with time up, the stage was set for the former Wallabies skipper to take a customary conversion attempt at goal.

We’ve seen the likes of Bakkies Botha and Victor Matfield do the same in their final matches, so why not another second row giant of the game…