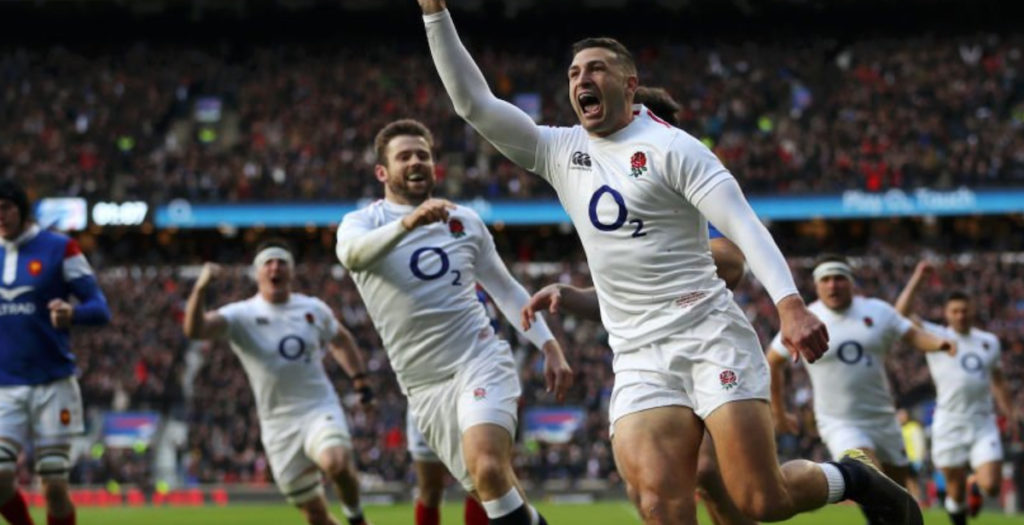 England winger Jonny May scored a hat trick in the first 30 minutes against France in round two of the Six Nations.

May’s first try came in the second minute of the match and was set up by full back Eliot Daly, who made a half break before kicking the ball over the try line for the Leicester winger to run onto.

His second try came in the 24th minute, when Owen Farrell’s miss pass left May one-on-one with French winger Damian Penaud, who he stepped on the outside.

May’s hat trick try came just five minutes later when fellow winger Chris Ashton picked up a loose ball and kicked it through the defence for May to pounce on.

England went on to win the game 44-8 at Twickenham, leaving them top of the table after two games and Les Bleus in fifth with one point.