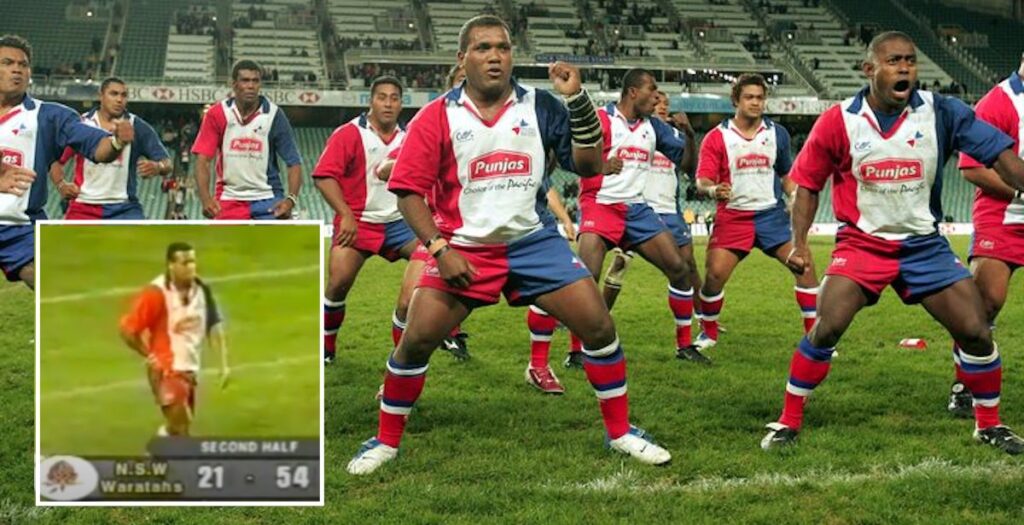 During the 2004 Pacific Islanders tour of Australia and New Zealand Samoan number eight Sione Lauaki produced two outrageous passes to set up a wonderful team try against the Waratahs.

Lauaki came off the bench during the warm up game at Aussie Stadium and demonstrated sublime handling skills in the build up to the try in the second half in Sydney.

Soane Tonga’uiha made the decisive break to cross the try line before gifting the score to centre Seremaia Bai.

The Islanders’ squad was littered with talent including Sitiveni Sivivatu, Seru Rabeni and Sereli Bobo and although they went on to crush the Waratahs 21-68, they lost all three Test matches against Australia, South Africa and New Zealand.

Lauaki went on to represent the All Blacks the following year and earned 17 caps in total before retiring in 2012. Sadly he passed away in 2017.