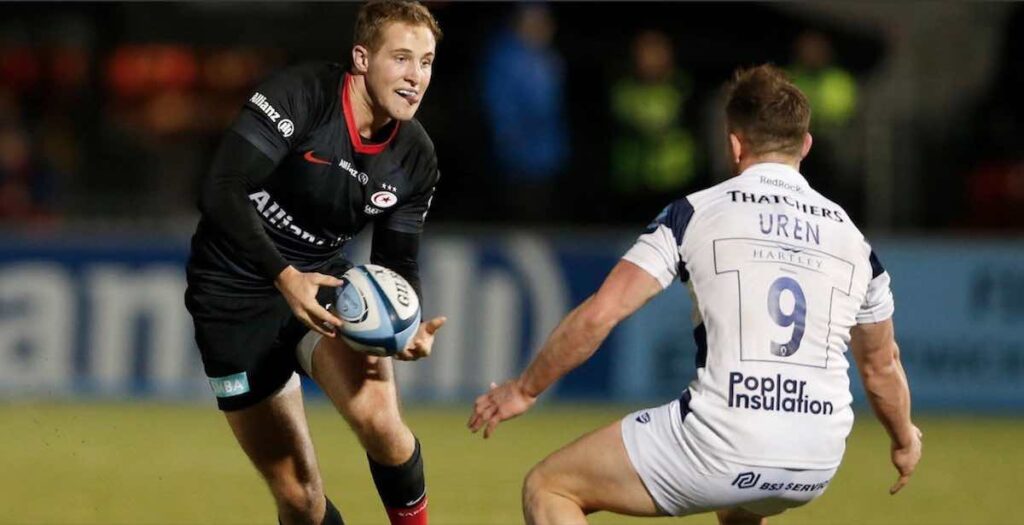 Saracens full back Max Malins fooled four Bristol defenders with a single dummy to score a clever try in the Gallagher Premiership on Saturday.

The 22-year-old got the ball with nobody outside him and still executed a dummy kick, which sold the Bristol defenders who were watching the space outside Malins.

Malins scored two tries on Saturday to help Saracens record a 47-13 win at Allianz Arena and leave them just 17 points behind Leicester after six rounds, despite being deducted 35 points earlier this season for breaching the salary cap.