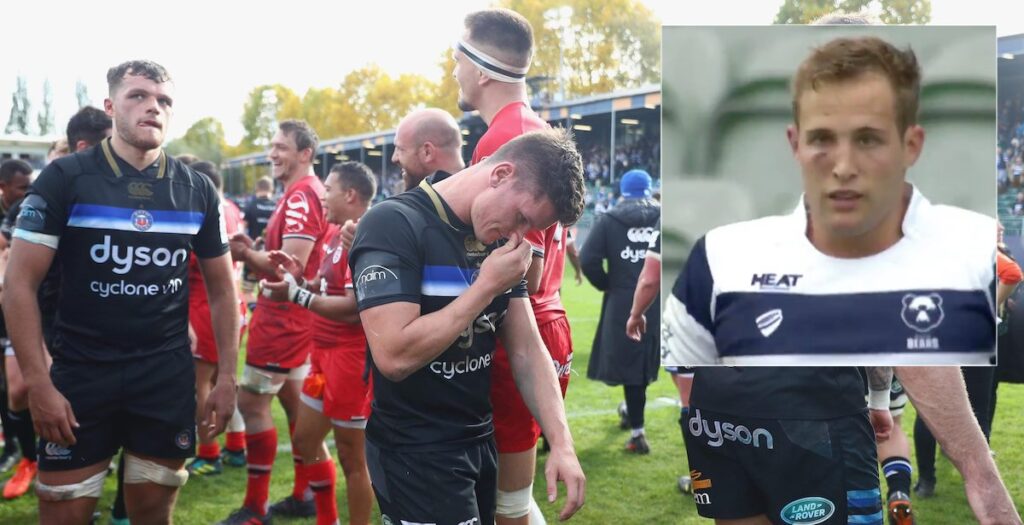 The saracens loanee broke through the Irish defence to score what looked like a certain try in the final round of the regular season but lost control of the ball.

The 23-year-old attempted to transfer the ball into his left hand before touching the ball down for the five points, but wet conditions caused the ball to slip from his grasp resulting in an embarrassing affair for the youngster.

Despite throwing away the try, Bristol went on to secure a 7-36 bonus point win and a place in the Premiership play-offs.

The incident is reminiscent of Freddie Burns’ howler against Toulouse in 2018 but luckily for Malins, his version didn’t effect Bristol’s final result.