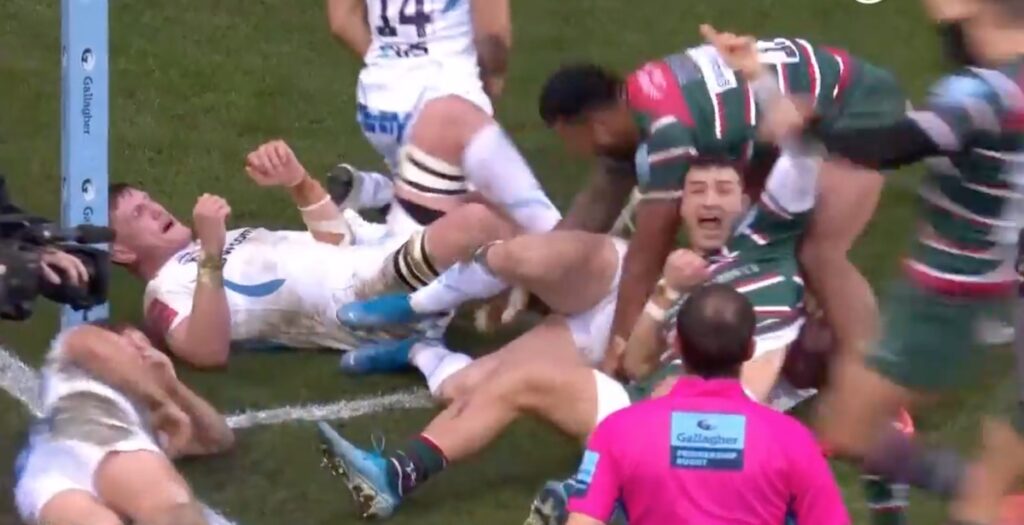 England international Jonny May scored what looked like an impossible try for Leicester in Saturday’s Premiership game against Exeter.

The 29-year-old got the ball in the 15-metre channel with three Exeter players coming across to stop him reaching the corner.

May was predictably brought down and smothered by the defenders, but somehow managed to wriggle his arms free and dot the ball down on the try line – much to the surprise of everyone at Welford Road.

But despite May’s brilliance, Exeter went on to win the game 22-31 leaving them top of the Gallagher Premiership after six rounds.