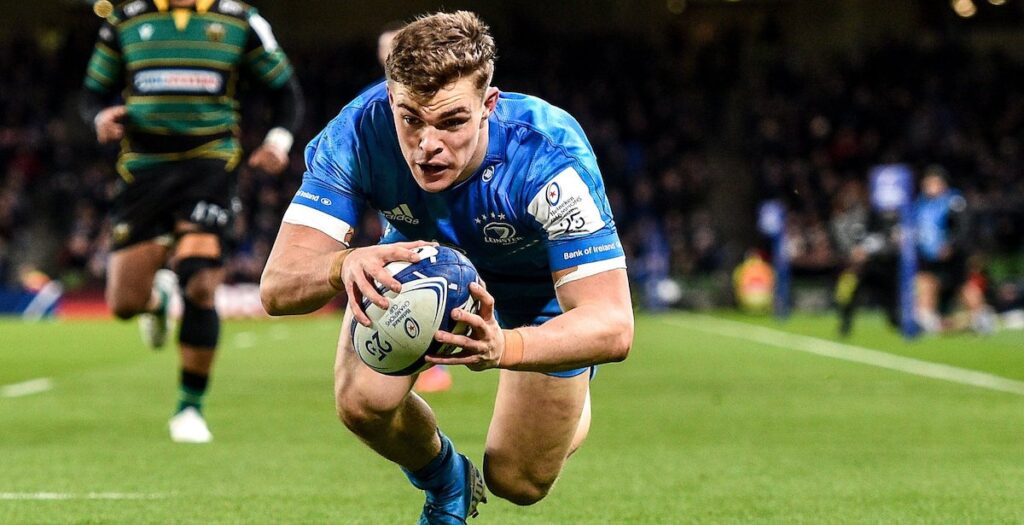 Leinster and Ireland centre Gary Ringrose scored his second Champions Cup hat trick of the season against Northampton on Saturday.

The 24-year-old scored 15 of Leinster’s 50 points at the Aviva Stadium to secure their spot in the next round of the Champions Cup.

His first try was the result of an early charge down in the Saints half which he regathered himself to score in the corner.

Ringrose was then on the end of a lovely set piece play in midfield to score his second while number three came from a loose ball virtually on the Saints try line.

This Tweet may only be available to UK viewers until we gain another source.

Garry Ringrose has scored TWO hat-tricks in those matches! 😳

The @leinsterrugby centre was at it again this evening in Dublin 🔵🔥 pic.twitter.com/fyLR5dPsop