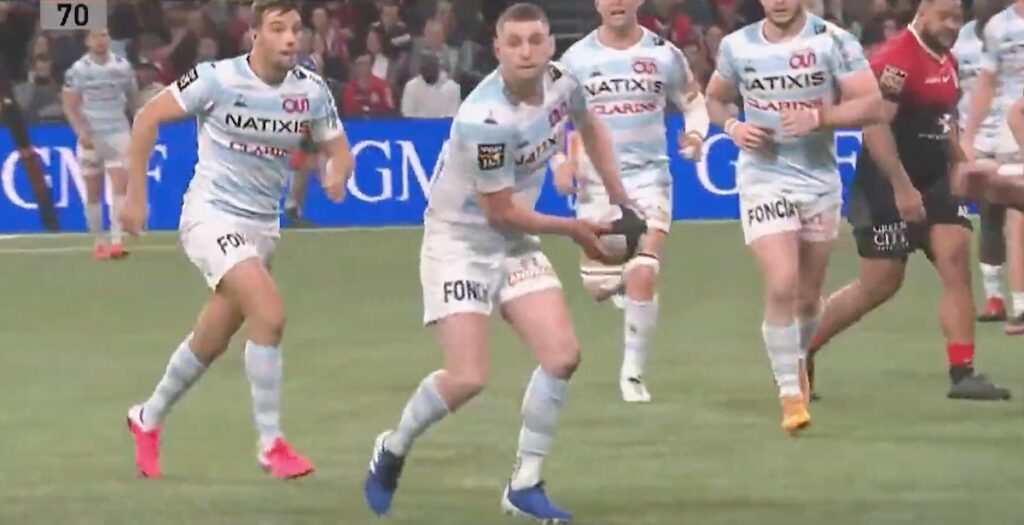 Scottish fly half Finn Russell set up a wonderful try for Racing 92 on Sunday with a lovely delayed pass.

Russell received the ball 10 metres from the Toulouse try line and threw a sneaky dummy before delivering a perfectly weighted pass to his teammate to create an overlap on the wing.

The try was scored by replacement back Dorian Laborde on the stroke of half time to help Racing to a 30-27 at the Paris La Défense Arena.

Russell, 27, was recently omitted from the Scotland squad following a disagreement with head coach Gregor Townsend and has been one of the standout performers in the French Top 14.