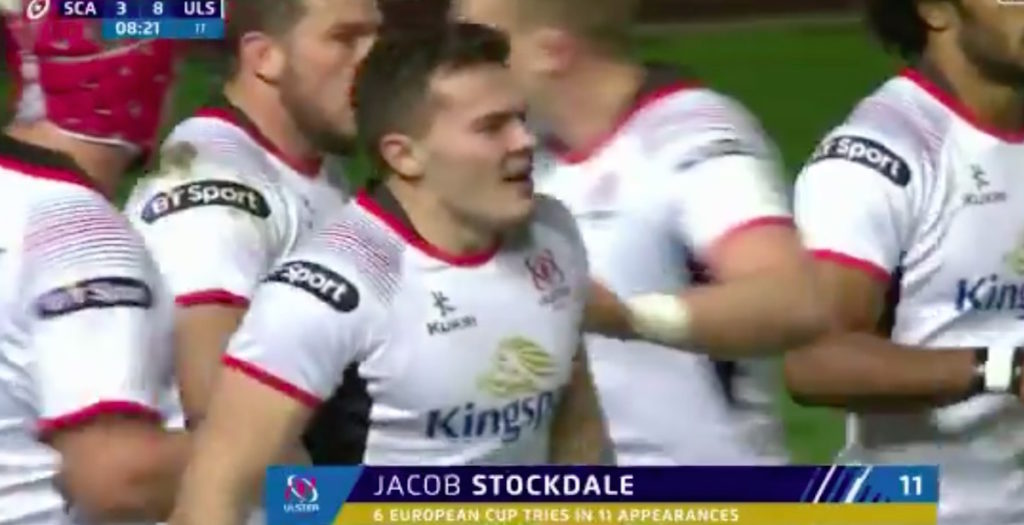 Ireland and Ulster winger Jacob Stockdale finished a stunning try against Scarlets in the third round of the Champions Cup at Parc y Scarlets.

Centre Will Addison made a break from a scrum in their own half before feeding Stockdale 50 metres from the try line and the 22-year-old beat two defenders to score Ulster’s first try of the match.

What a try for Ulster! Sensational start! 😍

Try machine Jacob Stockdale puts the finishing touches on a move that went all of 60 meters in 10 seconds! pic.twitter.com/ztDIKofdK3

The Northern Irish side went on to win the match 24-25 leaving them second place in Pool 4 with three rounds left in the group stages.

Stockdale has now scored 23 tries for Ulster since making his debut two years ago and this was his sixth European try in 11 appearances. The Irishman has also earned 14 caps for his country, scoring 12 tries in the process.

Ulster will host Scarlets next weekend in the return fixture at the Kingspan Stadium, with seven points separating the two sides.