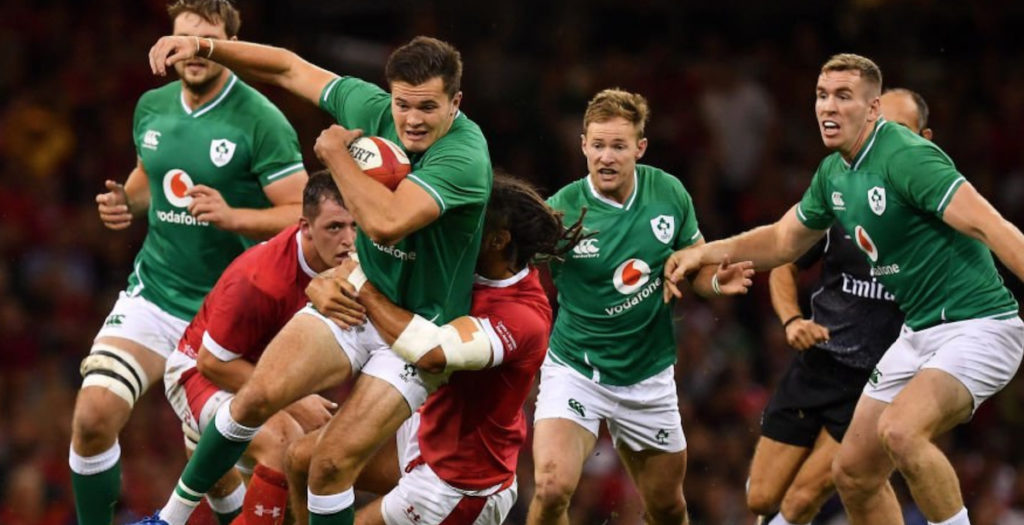 Jacob Stockdale scored a first half brace of tries to help Ireland beat Wales 17-22 in Cardiff.

The 23-year-old has now scored 16 tries in 20 appearances for Ireland, making him the joint 10th all-time try-scorer for his country.

🇮🇪 In the latest rugby World Cup warmup matches Ireland lead 15-3 in Wales at the break.

🤩And it is down to one man – @JacobStockdale

Ireland’s other points came through a penalty try and the boot of fly half Jack Carty while two late tries by Owen Lane and Rhys Patchell wasn’t enough for the Welsh to salvage a result.

2⃣ And then try two…pic.twitter.com/zpgJVhsJDY

This win for Ireland comes off the back of a devastating 57-15 loss against England at Twickenham last weekend and puts them in more promising form ahead of their World Cup opener against Scotland.

“It was massive for us,” said man of the match Carty. “We were all hurting during the week but we came together. It wasn’t perfect at times but our defence was good against a quality Welsh outfit.

“We knew that they were going to get a purple patch at some stage. At times we could have managed that better but credit to the lads who came on.”

Joe’s attention to detail is back…

Wales have now lost their spot at the top of the World Rugby rankings while Ireland and England have moved into second and third respectively, while New Zealand have restored their position as number one.

Ireland will now host Wales in a return fixture in Dublin next weekend.