WATCH: The best of the young halfbacks tasked with turning French hopes around 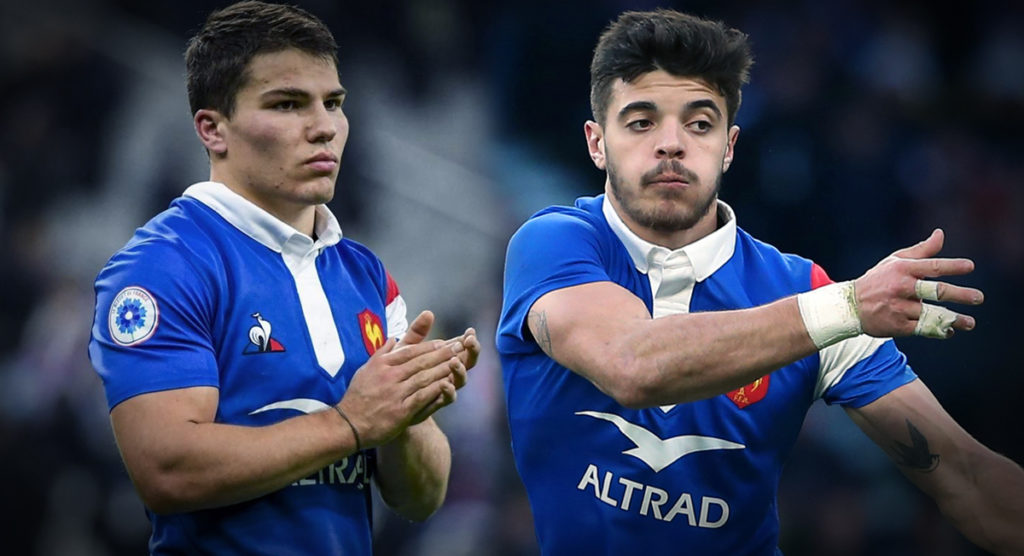 France will be entering a new era when they face Scotland on Saturday, as Antoine Dupont and Romain Ntamack will start as halfbacks for the first time together.

The Toulouse duo replace Morgan Parra and Camille Lopez, who have both been critical of Jacques Brunel after their humbling loss to England at Twickenham in round two.

Dupont has been knocking on the door to start for France for a long time, and while he has faced a lot of competition from Parra and Baptiste Serin, his cameo against England was an indication of what he can bring to Les Bleus.

In 34 minutes he managed to make five clean breaks, beat nine defenders and offload four times; the prospect of him starting alongside Ntamack will excite French fans as this is the future.

This is what the fans can expect from the 22-year-old Dupont:

Saturday will also be the first game in which Ntamack has started at fly-half for France. The 19-year-old is equally as comfortable playing at inside centre as he is as an outside half, and Brunel will be hoping that he can recreate some of the magic that Toulouse have created this season.

The French giants currently sit top of the Top 14, and Dupont and Ntamack have been major catalysts in their revival.

The teenager was part of the France under-20 team that won the World Championship last year and is seen by many as one of the faces of this new wave of talent that is coming through in France.

This is what Ntamack has to offer:

Another bonus to France’s team is the inclusion of Thomas Ramos at fullback. Firstly, this will please French fans as Brunel is largely playing players in their correct positions.

The makeshift back three was majorly exposed against England, and subsequently, Gaël Fickou has reverted back to centre and Yoann Huget returns to the wing.

The 23-year-old Ramos is also part of this young cohort of Toulouse players, and is now part of a very promising French backline, with Dupont, Ntamack, Fickou and Damian Penaud all being under 25.

Capable of playing as a fly-half as well, Ramos will offer ball playing options to the French team, and could help usher in a new era.