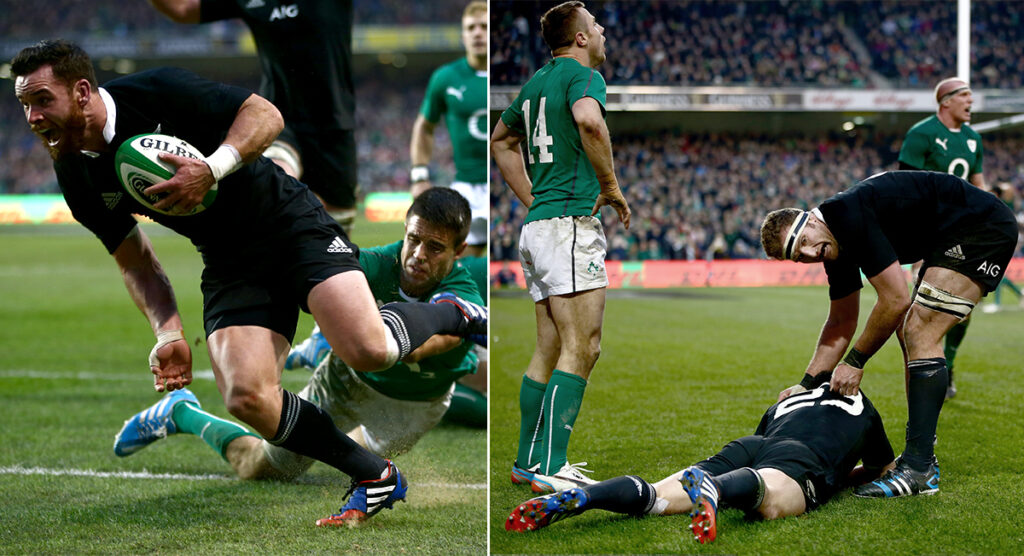 The official All Blacks channel has released the final 10 minutes of their gripping 2013 match against Ireland, arguably one of the most exhilarating finishes to a game of rugby you’ll ever see. New Zealand dramatically escaped with the 24-22 win after being down five beyond full time.

Ireland were staring down their first-ever victory over the All Blacks, nursing a five-point lead with 10 minutes to play.

Every person in Dublin was on their feet for what looked like history. The win would’ve been even sweeter considering the 60-0 thrashing the All Blacks had inflicted on Ireland the year before. All that was needed was 10 minutes of flawless play.

However, the slim, five-point lead was not enough that night as the All Blacks found another gear and put in a clinical session of rugby, giving us a breathless, edge-of-the-seat ending for the ages.

Time and again, the guests swung the ball back and forth in an effort to crack the defence, only to come away begging. Finally, Aaron Cruden found Dane Coles, who found Ryan Crotty for the tying score. The TMO reviewed the passes, but the score stood.

The drama didn’t end there as Cruden was awarded another conversion attempt after Ireland was judged to have rushed early on his first, missed attempt. He calmly slotted the second attempt for the win.

Fortunately for Ireland, the momentum built during this match wasn’t wasted. They finally defeated the All Blacks in 2016 at Soldier Field in Chicago and again in Dublin in 2018.

Above is the New Zealand commentary feed. For those of you who prefer it, below you can see a shorter version with the BBC commentary.

Which do you prefer? Feel free to let us know in the comments below!