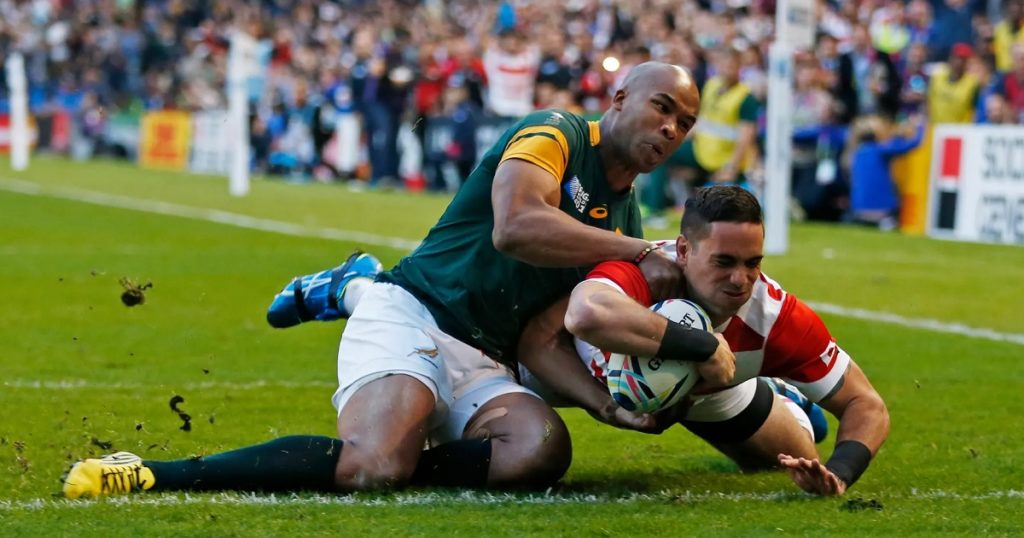 With the start of the Rugby World Cup in Japan now just a week away, anticipation and excitement about the latest instalment of the tournament is building.

From Justin Marshall’s iconic cry of “go Beauden!” four years ago to Takudzwa Ngwenya leaving Bryan Habana in his dust in 2007, there have been some spectacular tries throughout the years. And while not every try featured below is from the World Cup, it feels like the perfect preparation for the upcoming tournament.

Stand out efforts are those of Japan in 2015, with their stunning final minute try to defeat the Springboks in Brighton, as well as Stephen Jones’ sensational finish for Wales in their quarter final against England in 2003.

Serge Blanco’s decisive touchdown in the corner late on against Australia in 1987 – which took France to the final – is also one to relive, as is Richard Dourthe’s killer-blow score against New Zealand which sent the perennial favourites packing in 1999.

Key World Cup figures also featured in the non-RWC tries below, with Carlos Spencer’s length-of-the-field effort against the Crusaders in 2004 being the pick of the bunch alongside Finn Russell’s superbly floated flat pass which ended with Sean Maitland touching down for Scotland last year.

With competition as high as it’s ever been, more spectacular tries are almost certainly guaranteed throughout this year’s edition.