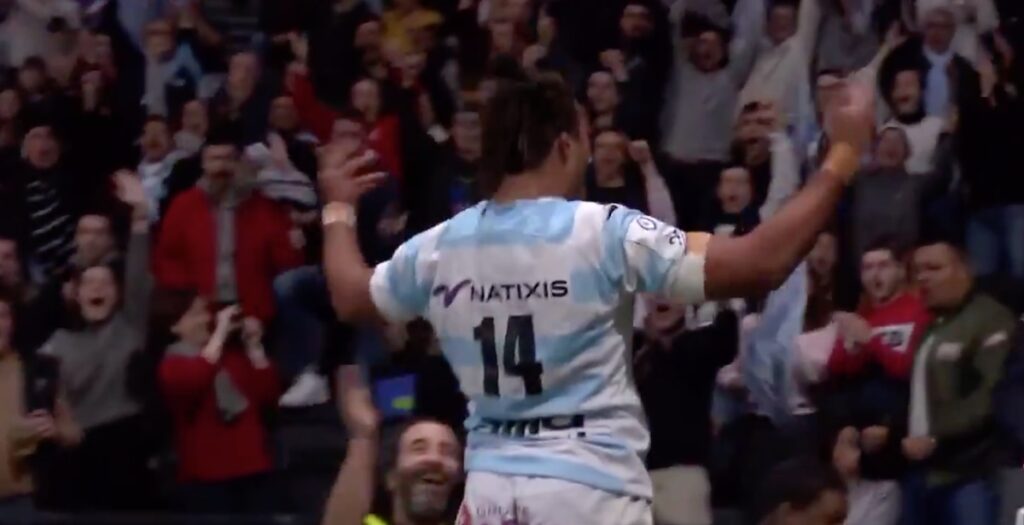 The 26-year-old got on the end of Finn Russell’s cross field kick with millimetres to spare before going dead and touched the ball down in front of the Racing fans.

This try helped Racing to a 39-22 win against Munster at the Paris La Défense Arena and secure their spot in the quarter-finals of the Champions Cup.

Thomas has just been re-named in the French national squad for the upcoming Six Nations having already scored 10 tries in 16 tests for Le Bleus.