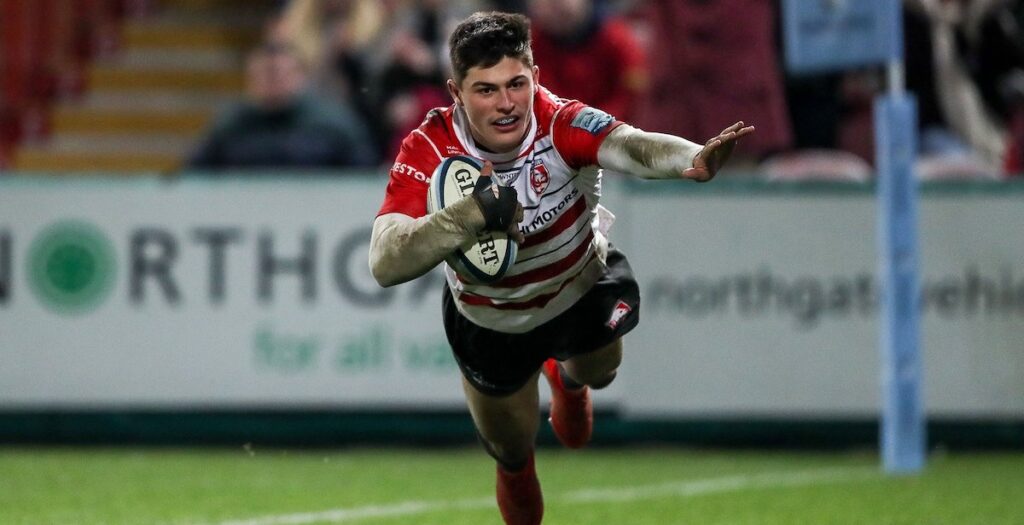 The 18-year-old Welshman scored a brace of tries and made a fantastic assist for Chris Harris at Kingsholm to help beat the visitors 36-3.

Rees-Zammit played a key role in the try of the game when he collected a cross field kick from Danny Cipriani on the wing and instinctively kicked the ball past his opponent to regather. He then found Harris back on the inside to finish off a stunning try in the corner.

The youngster gained 98 meters with eight carries and proved an influential member of the Gloucester side, who now sit third after six rounds of the Gallagher Premiership.

🔁 Anyone else got this one repeat? 😅

“This kid is so exciting!”

“It’s all credit to him and how hard he’s working.”

That was a special performance from @LouisReesZammit 🙌