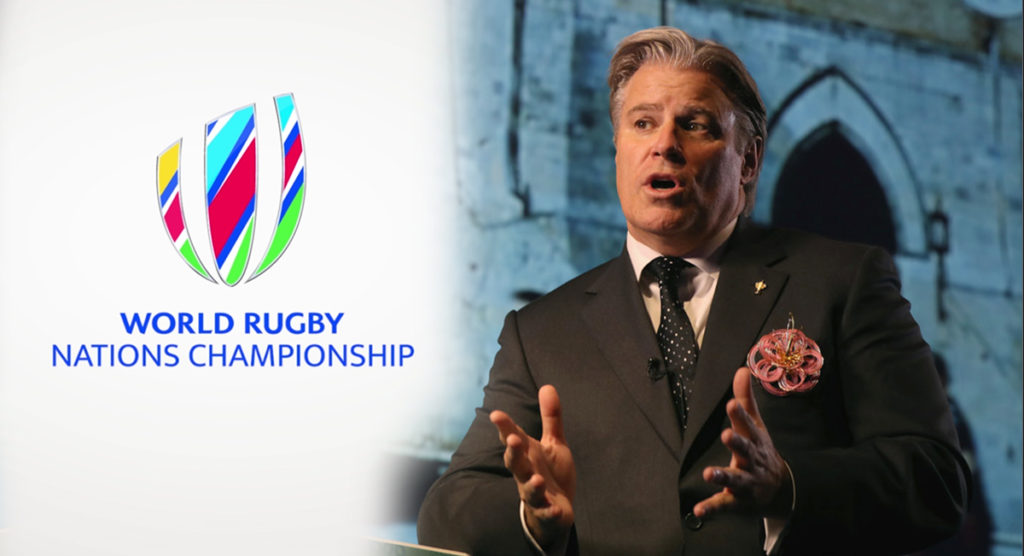 After a week of confusion, anger and threatened boycotts over a new annual global competition concept that could leave some tier two countries out in the cold, World Rugby have today released a statement that explains their point of view ahead of key meetings in Dublin next week.

Below is the statement, verbatim, as released by World Rugby.

“Tasked by unions last May to examine the feasibility of competition structures that had the potential to reinvigorate the July and November windows, World Rugby’s goal has always been to create:

The current rugby broadcast market is complicated, which impairs the overall ability of the game – including players, fans, unions and clubs – to realise its full potential. World Rugby is undertaking this important work on behalf of our unions to secure the long-term growth and stability of the sport in an ever more competitive sports and entertainment environment.

It is incumbent on World Rugby to champion and represent the whole game, not just the top of the game, and we are committed to working with our union and player representative colleagues to ensure an equitable solution that works for all.

That is why we tabled the below competition model with union CEOs and International Rugby Players in September 2018:

• Nations Championship to debut in 2022
• The 6 Nations, The Rugby Championship and British and Irish Lions completely retained and protected as jewels in the calendar
• Two-division, merit-based format with promotion and relegation and a potential pathway for all unions
• Two conferences comprising the 6 Nations and The Rugby Championship (where two tier two teams would be immediately added to make six in total)
• Each team plays the other 11 teams once either home or away with points accumulated throughout counting towards a league table
• Top two teams from each conference would play cross-conference semi-finals, followed by a grand final
• Running in two of the four years in the Rugby World Cup cycle (not running in a Rugby World Cup year and truncated version in a Lions year)
• Broadcast rights aggregated and collectively sold, increasing revenue potential. Possibility to centralise some sponsorship rights
• The competition would provide qualification and seeding for future Rugby World Cups
• Rugby World Cup to be enhanced as the pinnacle global event, potentially moving to 24 teams in 2027

Player welfare is fundamental to our sport. Within the original proposal, players would play a maximum of 13 matches if their team reaches the final, compared to an average of between 12 and 14 test matches presently. Most teams would play 11 matches.

Growing the sport’s fan base through more compelling competition is also vital as broadcasters will only pay more for a product that fans want to see. As part of the analysis, market research was conducted in the UK and France and more than 60 per cent of people surveyed, who saw a video of the competition format, said the concept would increase their interest in international rugby, while only four per cent said they would be less interested.

Contrary to reports, our proposed competition provides opportunities for all teams to compete at the top level on merit, with promotion and relegation.

Under this model, the Pacific Islands and all teams outside the current 6 Nations and The Rugby Championship would have a potential pathway. With the proposed model incorporating competitions that are not owned or run by World Rugby, not all unions are presently in favour of immediate promotion and relegation. We continue to consider the feedback, but remain absolutely committed to an eventual pathway for all.

Commercial considerations are important for long-term growth at all levels. Under the proposed competition, media rights would be combined, enabling greater consistency and overall value. Strong interest from media entities has indicated that the model would boost annual media revenue for international rugby and unions, for reinvestment in the game, by a substantial amount.

Ongoing conversations and stakeholder views have shaped and evolved further elements for discussion, including improvements on player load in November.

The next step in this process is a joint meeting of the World Rugby Executive Committee and Professional Game Committee (the bodies overseeing the project), who will be joined by union Chairmen and CEOs and player representatives to consider and discuss progress and a way forward that is in the best interest of the whole game.

Change is always difficult, and nobody expected complex multi-stakeholder discussions to be simple, however for a sport to grow and thrive, it must explore ways to innovate and evolve.”

You can watch a video that they released on their website here. Note: The video features teams based on rankings as of September 2018 and points accumulated during the 2018 6 Nations for illustrative purposes only and therefore team movements are hypothetical