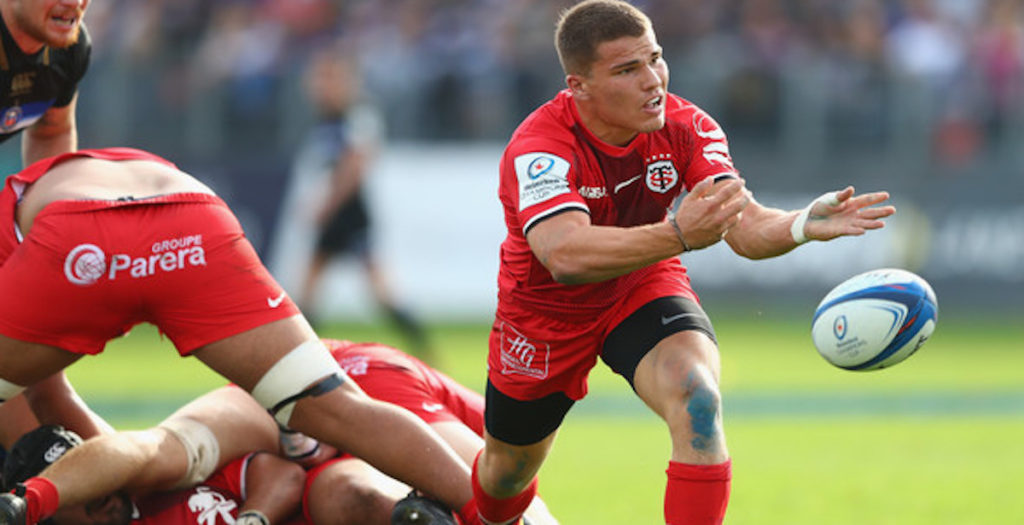 Toulouse scrum half Antoine Dupont finished off a wonderful counter attack to score their fourth try against Perpignan in the eighth round of the French Top 14.

Dupont scored a hat trick for Toulouse to help his side beat Perpignan 18-36 at Stade Aimé-Giral and the visitors now sit third in the French domestic league.

The 21-year-old has won seven caps for France since his debut in the 2017 Six Nations against Italy and is likely to earn more appearances for les Blues during the autumn international test series.

Dupont made 61 appearances for Castres before moving to Toulouse last year and during the 2016 World Rugby U20 Championship he scored five tries in five games.

Toulouse are arguably the in-form team in Europe having recently beaten Leinster and Bath to sit top of Pool 1 in the Champions Cup.

Dupont came off the bench at fly half against Leinster, watch his best moments from the match below: