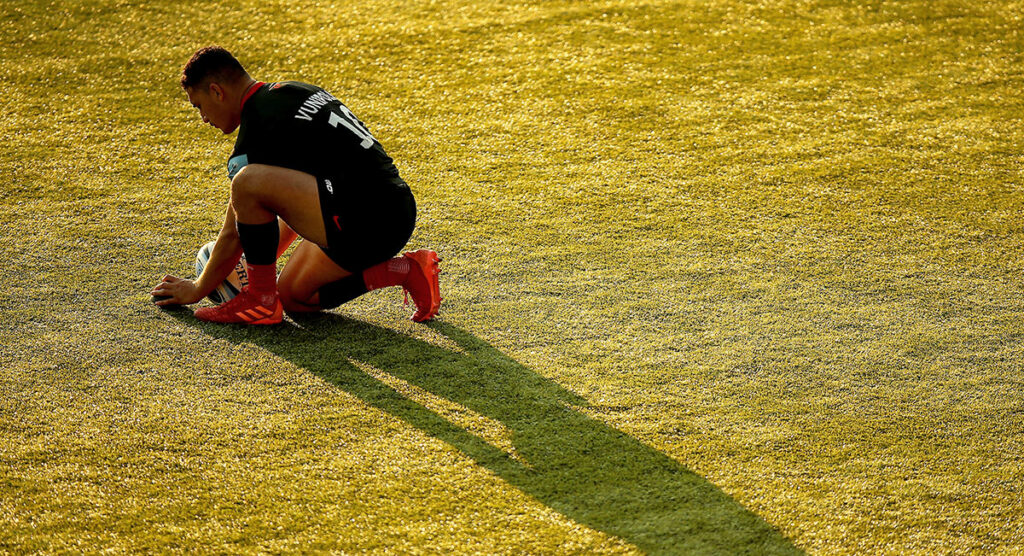 Richard Wigglesworth, Jackson Wray and Manu Vunipola are the latest names to be added to the Barbarians squad for the Quilter Cup match with England at the end of this month.

For Vunipola, it represents a chance to go up against cousins Billy and Mako Vunipola on October 25 and concludes a fine breakthrough campaign for the 20-year-old Saracens fly-half, who will no doubt be eager to catch the eye of Eddie Jones.

From a renowned family, with his father Elisi a Tonga international who played at two World Cups, the young half-back has impressed under Mark McCall this season despite the off-field problems at Allianz Park.

“It will be very surreal running out at Twickenham in Barbarians’ Black and White, playing against Mako and Billy,” Vunipola said.

“I’ve had so many amazing rugby influences in my career so far – my dad, obviously my cousins, and some incredible team-mates at Sarries like Owen Farrell. It’s really incredible to think I will be part of a Barbarians squad that will be going up against England in the first international match at Twickenham for nearly eight months. I’m thrilled. I can’t wait.”

Meanwhile, Wigglesworth, who has left Saracens after a successful decade at the north London club, will play at Twickenham for maybe the last time with the former England scrum-half still weighing up his future.

The 37-year-old said: “This feels such a fitting way to bring this season to a close. It will be a real honour to run out in the Black and White against Eddie’s England side. 2019-20 has been a strange and challenging time for us as players, but capping it off by becoming a Barbarian is something I will look back on with great pride.”

Flanker Chris Robshaw was confirmed as the first player of Vern Cotter’s group earlier this month and along with Wigglesworth brings a wealth of experience.

Saracens forward Wray, 29, also recently made his 250th club appearance, but Vunipola is at the other end of the spectrum.