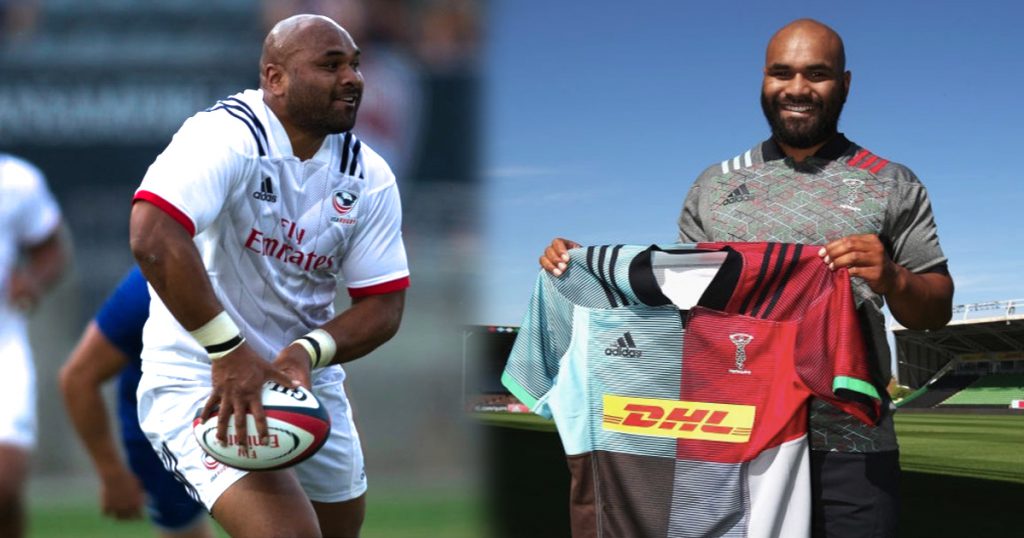 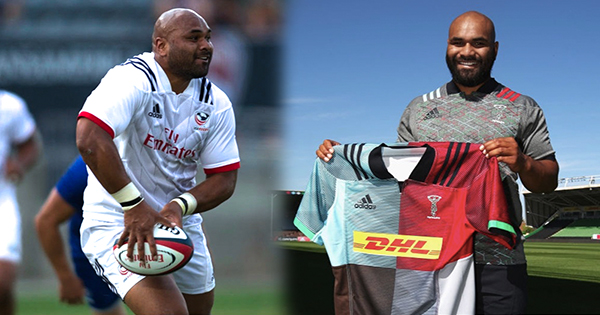 Harlequins have today unveilved their latest signing, New Zealand born NFL convert, Paul Lasike. The 28-year-old spoke about his background, playing for the USA and revealed how little he knows about European rugby.

We first saw Lasike on RD in 2014 when he scored a powerful try for BYU in college rugby.

He has since earned six caps for the USA Eagles, starring against Scotland this year. He moves to Harlequins from Utah Warriors, where he has been captaining the side.

He first travelled to the US from Auckland on a rugby scholarship at Brigham Young University in Utah but he was soon approached to play for the American Football side there.

His success with them led to signing contracts with the Arizona Cardinals in the NFL and later Chicago Bears, where he played as fullback. Lasike, who spent three years in the NFL before returning to rugby.

Paul Gustard, Harlequins’ Head of Rugby said: “I am delighted Paul is joining us for the start of a new era at Harlequins. He is a player who has enormous game-changing potential and I am very excited and pleased that Paul and his young family have made the decision to come to be part of our journey.

“He adds something different to a talented group of centres that we have at the club. I am sure the fans will enjoy his approach to the game and give him and his family the warm welcome that they are famous for.

“I am thankful for the cooperation of the MLR and Utah Warriors for allowing Paul the opportunity to develop his game, challenge himself and give Paul and his family new experiences to enjoy.”