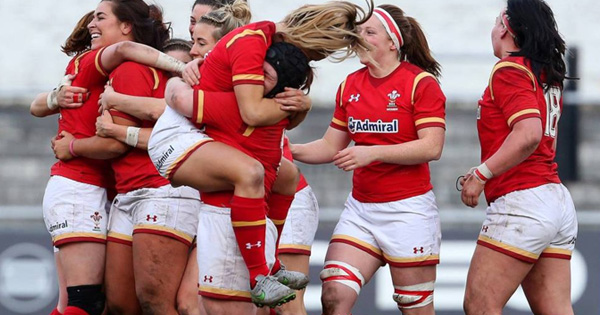 Ireland, England and Wales reigned supreme at the expense of Scotland, France and Italy on the opening weekend of the RBS Women’s Six Nations, but who will come out on top in round two?

The Irish currently lead the way on five points, with England second and Wales third on four points respectively. Scotland occupy fourth with one point, while France and Italy both have zero points.

This weekend sees a gritty Wales tackle comeback queens England, a hurt France on the rebound against spirited but crestfallen Scotland and a stubborn Italy hoping that luck runs out for fortunate Ireland.

These are the match-ups and here is the preview of what is to come in the second week of the 2017 Women’s Six Nations Championship.

Wales made it five wins from five matches to continue head coach Rowland Phillips’ unbeaten start as they ran in three tries for a gritty 20-8 victory over Italy.

Like their male colleagues, the Welsh Women too had to soak up the pressure before pulling clear of the doggid Italians in the second half to take the spoils.

“Our commitment in defence won us the game,” said Wales captain and try scorer Carys Phillips. “Italy kept on coming at us, so we had to empty the tank trying to keep them out.”

However, the biggest test of coach Phillips’ reign is set to come this weekend when they welcome a resurgent England to the valleys.

The Red Roses recovered from being 0-13 behind at half-time to blow last year’s champions France away 26-13 at Twickenham in their opening match of the tournament.

“The comeback was something special,” said centre Emily Scarrett, who kicked 16 of England’s points. “For us to regroup and put 26 points on the board is great for us moving forward.”

Both sides go into this encounter brimming with confidence and, like the men’s clash, is sure to be an exciting contest.

France will be hurting after losing their pivotal opener to England at Twickenham last weekend having led 13-0 at half-time.

The reigning champions conceded 26 unanswered points in the second-half as the Red Roses turned the tide to leave the French empty-handed.

“We used a lot of energy in the first half and could not keep it up in the second,” said disappointed France scrum-half Yanna Rivoalen. “We lost but we have something to build on for the upcoming games.”

Les Bleus know only a big home win over a spirited Scotland, who almost pulled off a major upset against Ireland, will keep their chances of retaining the title alive.

The Scots led Ireland 15-10 at the interval and were tied at 15-15 as the clock went red, before a converted try in the game’s last play left them devastated.

A losing bonus point from a brave effort however will be no consolation for Scotland as they prepare to face a French backlash.

The Italians suffered an opening day home loss to Wales, who avenged their defeat in last year’s Six Nations Championship.

Italy only trailed 8-10 at the break as they frustrated the visitors, but failed to score after the restart as the Welsh grabbed two further tries.

The Azzure though will be upbeat about their chances against an underwhelming Ireland side, who required a last-minute converted try by Jenny Murphy to overcome Scotland.

Remarkably that late score also clinched a fourth try bonus and puts the Irish top of the standings after the first round of matches.

“Scotland really put it up to us,” said Ireland stand-in skipper Paula Fitzpatrick. “We did not make it easy for ourselves, but we showed huge character to get that last score.”

Luck was certainly with Tom Tierney’s team as they got out of jail, but the Irish head coach knows they will need to perform better to win in Italy this weekend.