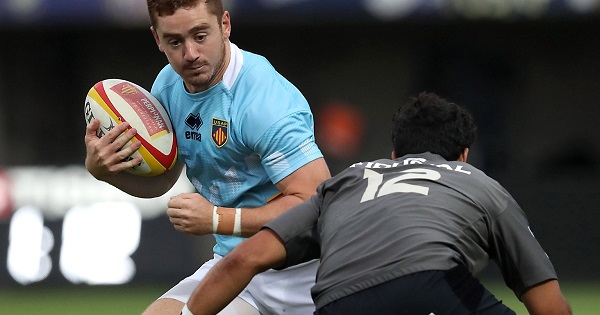 It has been a troublesome past year for Ireland international fly-half Paddy Jackson. The Ulsterman was released from his provincial contract following his high-profile court case but is now looking to resurrect his career with in the Top 14 this season.

The 26-year-old and former Ulster team-mate Stuart Olding were acquitted of rape following a trial in March this year. Since then, both players had their contracts with the IRFU revoked.

With his future in Ireland remaining unclear, Jackson opted to join recently promoted French Top 14 side Perpignan after a move to the English Premiership with Sale Sharks fell through.

Jackson turned out for his new club in a pre-season friendly against Toulouse last weekend, scoring three conversions in the 21-19 victory at the Satde Aimé Giral.

Speaking ahead of the new season Jackson said he was keen to leave his past behind and start a fresh chapter in the south of France.

“I have come out somewhere where people know about it, but they are all respectful and understanding about it,” he told the Belfast Telegraph.

“You only can really understand if you have been in my shoes or my family’s shoes.

“It’s been difficult, but it’s something that me and my family have just had to get used to,” he said.

There is no doubt that Jackson faces a new challenge in the Top 14 this season, but the opportunity is there for the Ulsterman to re-build a career which has stalled in recent years.