After title success with the Crusaders, O'Gara's coaching path should be clear 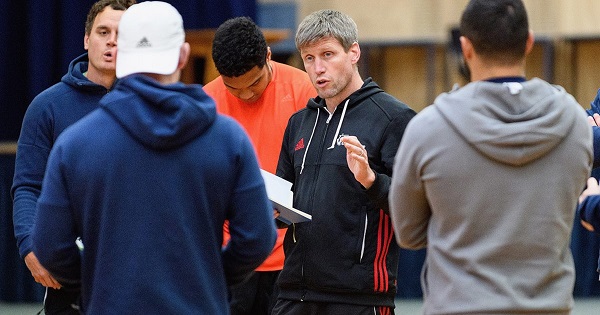 After steering the Crusaders to a Super Rugby title alongside Scott Robertson, there is talk once more that former internationalist Ronan O’Gara could be one of the contenders for the Ireland head coach role when Joe Schmidt’s current contract expires after next year’s World Cup.

O’Gara made the move into coaching following his international retirement in 2013, joining the Racing 92 setup in Paris. During his time there as defence coach (the irony of this is not lost on this writer), O’Gara helped the Top 14 side reach the final of the European Champions Cup and win the French league for the first time since 1990.

O’Gara had been given a contract extension but was released a year early in order to join the Crusaders. His eight-month stint as Assistant Backs Coach with the Christchurch-based side has already yielded the Super Rugby title, and a 12-month contract renewal.

So is O’Gara in the prime seat to replace Schmidt?

It’s hard to believe that O’Gara is at the level of Schmidt, or ever will be, but that is no barometer of how the former Ireland stand-off is as a coach.

Firstly, the Crusaders certainly saw enough in O’Gara to offer him a contract in the first place, and it speaks volumes that with all the coaching prowess in New Zealand, they opted for an outsider of sorts to join the setup.

On top of that, they’ve asked him to stay for another year. That shouldn’t be a surprise because the Crusaders are all about progression and perseverance. They know Rome wasn’t built in a day and the same applies to its staff.

But O’Gara is still in his coaching infancy and, make no bones about it, he has one year to stake his claim for the Ireland job.

His determination and straight-talking certainly seems to have struck a chord within the Crusaders and he appears to be getting the best of the players. But much of that has already been instilled by a very specific Kiwi culture.

The fact of the matter is, O’Gara has joined a hugely successful, well-organised and minutely drilled squad, so to properly gauge how effective O’Gara is will only be seen at the end of his first full year.

But perhaps that is why he would make a strong Ireland coach. Having been part of the revolutionary squad of the early 2000s, O’Gara has seen the origins of what has made Ireland the second best team in the world right now.

Whether he does or does not make the step up to international coaching, O’Gara definitely feels his way of analysing the game has changed dramatically from his time in New Zealand.

In a column in the Irish Examiner, O’Gara says: “Razor [head coach Scott Robertson] showers you in his positivity. I would always have been looking to see what could go wrong in a game; he looks to see what will go right. Scott’s glass is never less than half-full.

“Mine’s now the same, largely because of him.

“It’s been almost weird being a sidecar passenger on your own development, knowing it’s happening but being too focused to stop and admire it. I’ve never been involved in such an intensely focused campaign of rugby as this one.

“Amid the incessant demands and the frenetic nature of week-on-week pro sport, everything seems to be crystal clear. It’s strange.”

O’Gara’s former Munster and Ireland team-mate Alan Quinlan told Newstalk’s Off the Ball in June that a return to Ireland next year is key to O’Gara’s international ambitions.

Quinlan believes the current Leinster setup headed by Leo Cullen will take over when Schmidt decides to stand down, with O’Gara moving into Cullen’s shoes at the province.

O’Gara is a staunchly proud Munsterman so the idea of this is difficult to imagine. But if O’Gara’s coaching ambitions are higher than his provincial pride, this may be the next step.

What is certain is that O’Gara is developing a brand of coaching which could one day lead to the top job.