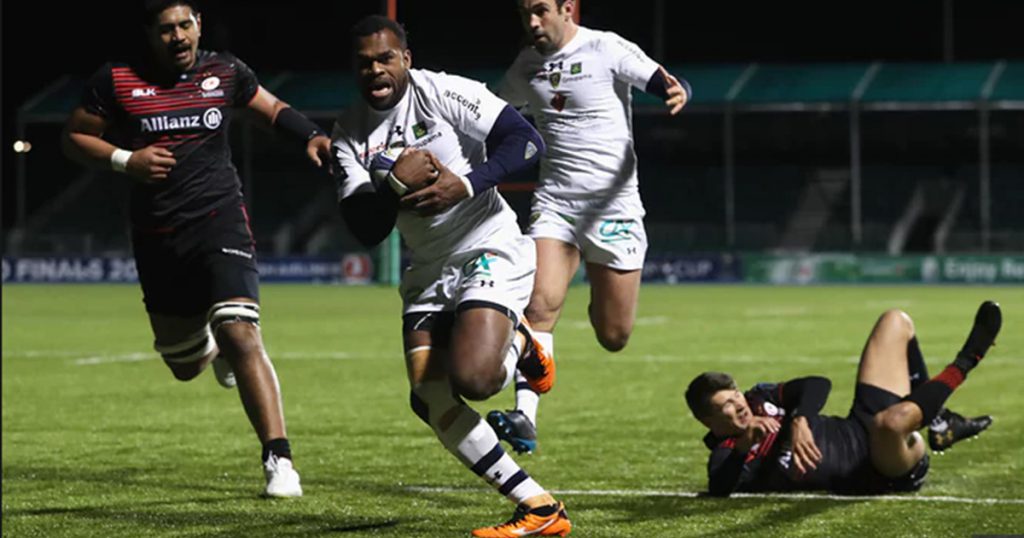 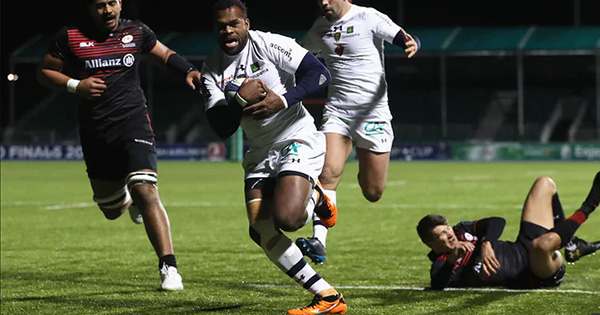 Clermont’s Fijian winger Alivereti Raka went to town against Saracens, scoring a hat-trick in the first 25 minutes of last night’s clash. Raka wasn’t done with that, however, and assisted in a brilliant try to Flip van der Merwe.

Playing with a grim determination, that perhaps came from being kept in a hotel the day before, the visitors blew the doors off with an impressive 46-14 victory.

Raka was set up nicely by Wesley Fofana for his first try just after 12 minutes. The second came eight minutes later from five metres out. The third came shortly after off a nice dummy and assist from Morgan Parra.

An amazing run through the Saracens defence just after half-time set up Van der Merwe for the outstanding try of the match.

Saracens are in unfamiliar territory with a loss this convincing. Their defence certainly looked like that of a team beaten in their last six matches.

Not all talking points came from the match. One was the fact that the fixture had to be moved to Monday due to hazardous conditions at Allianz Park. Further, it was initially to be played behind closed doors, then that was changed to allow fans in the park.

In rather dramatic fashion, Clermont – who already had revenge on their minds – had no issue whatsover voicing their extreme displeasure with the circumstances surrounding the move.

According to their website, the French club were: “Very annoyed by this completely absurd situation with multiple twists and turns… all at the expense of the sports preparation of the players and ‘having fun’ with our fans as with vulgar toys.”

Maybe Clermont should consider requesting last-minute changes in the future as a new winning strategy. It seemed to work significantly in their favour this time around.