All Blacks spare blushes with comeback against impressive Barbarians 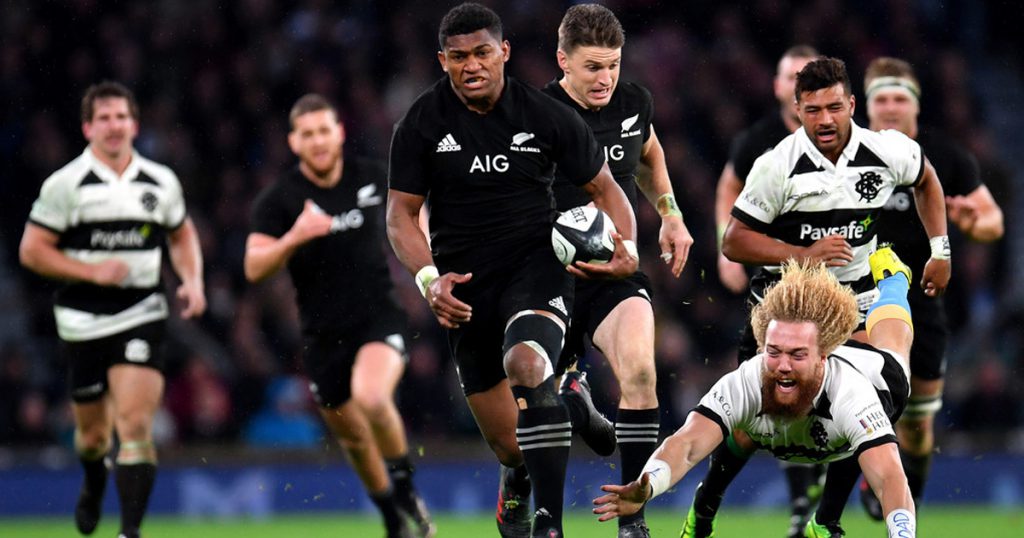 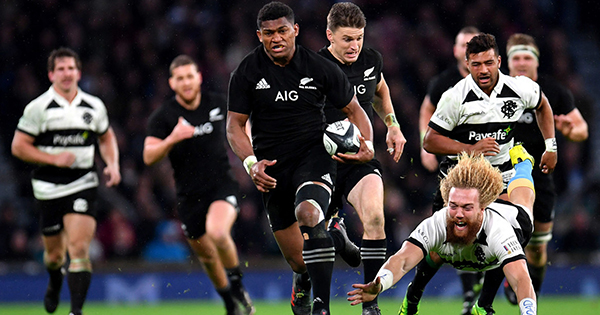 The Barbarians got the game off to a perfect start, taking it too the All Blacks, but the power and experience of the touring side proved too strong in the end, as the World Champions turned a deficit around to win 31-22 at Twickenham.

New Zealand had to work hard to pull things back after a pumped up Barbarians side – featuring all southern hemisphere players – held a 17-10 lead well into the second half.

The All Blacks then received a boost from the bench, creating three converted tries in the space of six minutes to ensure that their northern hemisphere tour started on a positive note.

While the Barbarians started with ten Kiwis, including Julian Savea and Richie Mo’unga, it was Springbok 7s star Kwagga Smith who made the biggest impact, picking up Man of the Match despite being part of a losing effort.

Flanker Steven Luatua had a couple of intercepts, the first of which led to a try, as he stuck his hand up to let the All Black selectors know that he is still playing some impressive rugby.

While the final twenty minutes were fairly dour from an entertainment point of view, the BaaBaas had the final say with a trademark trick-play, leading to a second try for George Bridge.

A number of them performed the Ka Mate Haka in the changeroom after the match, led by skipper Andy Ellis.

We didn’t win but the spirit of #rugby was strong today ????

What’s it like to face the haka? Find out from some of the Barbarians players who faced it for the first time!#BARvNZL pic.twitter.com/YHlqgH4rJ0

The All Blacks will no doubt be a different outfit when they take on France in Paris in their first Test of their tour.