All Blacks vs England highlights from Christchurch 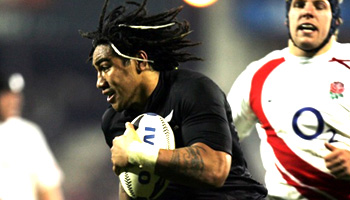 In their second clash in two weeks, England and New Zealand met once again, each with their own points to prove. Though both teams had plenty of opportunities to score, it was New Zealand’s precision and execution that saw the All Blacks come out on top of with a convincing 44-12 score line.

Poor finishing from Tom Varndell and an unfortunate dropped ball from Matthew Tait saw a guaranteed 10 points slip through England’s grasp in the first forty minutes of the match. Defensively, once again, England struggled to contain the likes of Daniel Carter (who managed an individual haul of 22 points on the night), Ma’a Nonu and debutant Richard Kahui in the midfield.

Problems for England but not so for the All Blacks, managing five tries this week (one more than last week) and demonstrating why they have the reputation as being the most clinical rugby team in the world, even after not taking all of the chances presented to them. Overall, they were simply too good for the opposition on the night, and despite being physically tested for two weeks, take the series 2-0 without too much trouble.

England now head home with a lot to think about, and for a well earned rest, while New Zealand goes on to the 2008 Tri-Nations with the enduring pain of 2007 finally starting to fade away.