Another mass brawl in France leaves referee with no option 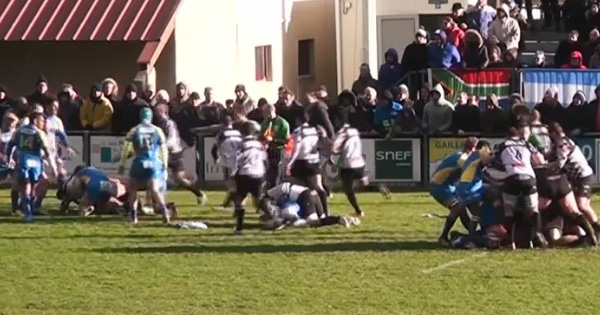 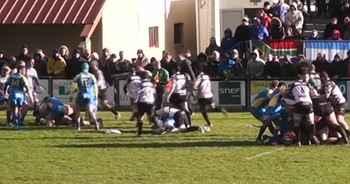 This crazy fight took place in France on the weekend, as chaos broke out following a little push at a scrum. Federale 1 is two leagues below the main Top 14, and as we’ve seen in the not too distant past, it’s no surprise to see the occasional mass brawl kicking off.

Tensions were clearly high as it didn’t take a whole lot to spark things.

And once it started, it was all in. Even the backs can be seen hovering around, with some of the pacific islanders in particular getting stuck in.

After everybody joined in and it continued for quite some time, the referee and his officials decided that the two players who started it were the only ones they could fairly punish.

Even after being carded, the two props hadn’t cooled down, and it threatened to continue as they walked off the pitch. Thankfully sanity prevailed, or they were restrained at least.

The game between Romans (USRP) and Aubenas (RCAV) took place in front of 3500 fans, with the Romans winning 34-8 in the end.

Last month a spear tackle sparked a huge brawl in Federale 1 too.

WIN: If managing is more your thing, this is a reminder that we’re giving away copies of the excellent, newly updated Rugby Union Team Manager 2015. Enter here now