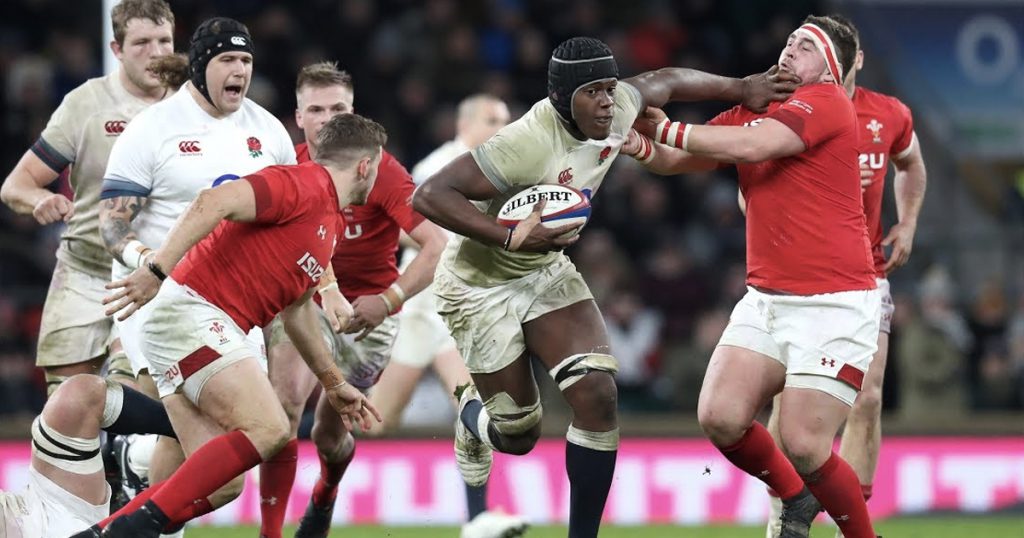 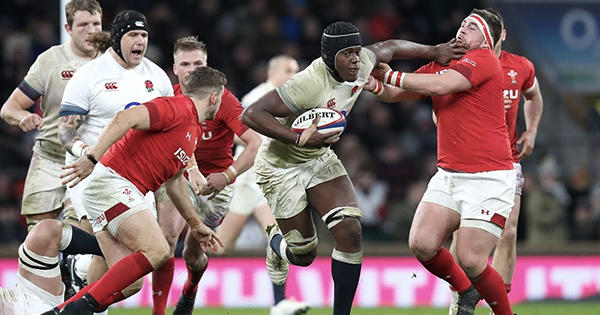 England maintained their unbeaten start to this year’s 6 Nations championship after edging out Wales 12-6 in a scrappy match at Twickenham.

There were only two tries in the match, both from winger Jonny May, to give the home side the advantage in a frenetic first half.

Wales responded with a Rhys Patchell penalty but could have been even closer had Gareth Anscombe not been denied a try late in the half.

Playing a penalty advantage, Patchell opted to chip over the top for his winger Steff Evans to chase, with England’s Danny Care rushing back in defence.

Evans kneed the ball on into the in-goal area, leaving Anscombe and Anthony Watson to dispute matters. Full-back Anscombe appeared to touch down before Watson, but the Television Match Official ruled that Watson got his hands on the ball first.

That missed opportunity ultimately robbed Welsh fans of a grandstand finish as their side came up six points short of victory.

Pretty sure this should have been given a try for @WelshRugbyUnion! pic.twitter.com/ChWXDPWJmK

Opinions of the incident were tempered by both Man-of-the-Match Mike Brown and Wales captain Alun Wyn-Jones post-match.

Brown said: “You work hard and you get your luck. The TMO is there to make those calls.”

Wyn-Jones added: “We don’t know. Hindsight never won or lost a game so we can’t dwell on it.”

It was a typical arm-wrestle of a match, one we’ve come to expect between England and Wales of late. It had its tense moments but didn’t feel as though a shock win for Warren Gatland’s men was ever on the cards.

What ultimately foiled the Welsh challenge was not the TMO decision but a catalogue of handling errors, penalties and lack of composure in the key areas of the pitch.

England on the other hand, played the territorial game perfectly in tricky conditions. George Ford and Owen Farrell punished Wales in the second half, with Ford persistently pinning the opposition in their own half with pin-point kicking from hand.

A solitary penalty five minutes from time was the only score in the second period, but England had done all the hard work in the opening half.

credit: 6nationsrugby
note: some official videos geo-blocked outside of the UK and select regions