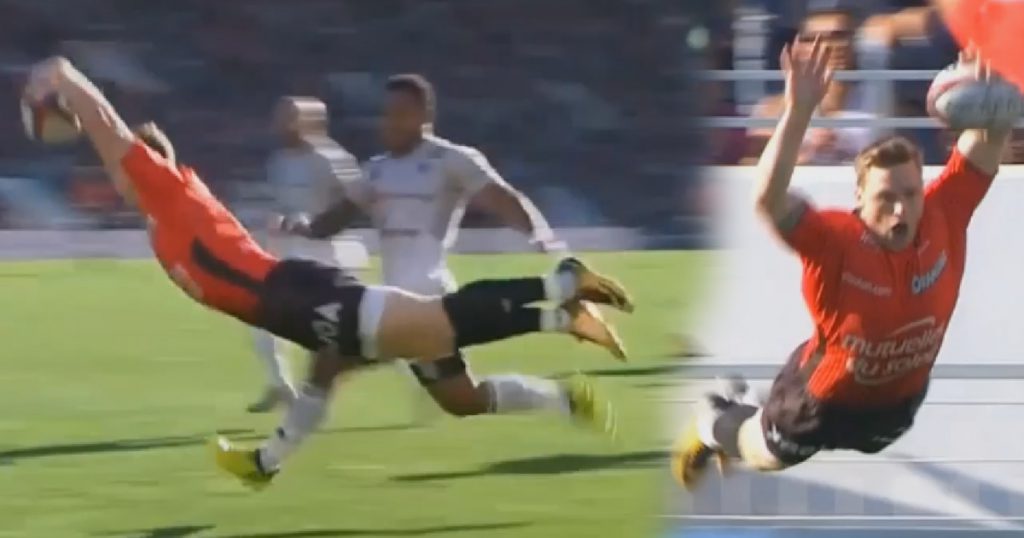 The Ash Splash returned as Toulon beat Brive 41-24 on Saturday, with former England winger Chris Ashton picking up a second half brace, including an impressive 80m long range effort. The win helped the three-time European champions Toulon move into third place in the Top 14.

It took until the 46th minute of the match for Ashton to get his first touch of the ball, a fumble due to a wayward pass by new sensation Semi Radradra.

Two minutes later a frustrated Ashton got the ball in some space, due in part to Brive being down to 13 men temporarily, but it was all the opportunity he needed as he sprinted away from the cover, beating one man with a solid fend.

Taking into account the angle, the try was clocked at 11.16 seconds for 96m. Hit play below.