Benjamin Boyet calls for the TMO, and gets it 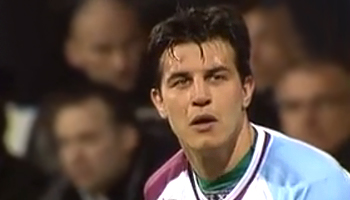 Toulon are finding form finally as they conquered Bourgoin 23-12 at the Stade Pierre-Rajon on Friday. It was their first away from home win this season, and another positive step towards Top 14 survival.

than Bourgoin, earning them a bonus point.

One of the most interesting and possibly discussed incidents of the season occurred when French flyhalf Benjamin Boyet, of Bourgoin, kicked a penalty at goal that flew high and handsome, but was adjudged by the assistant referees to have missed.

Boyet felt otherwise though, and feverishly asked the referee to call for the TMO to check the kick. The ref did, and it was then decided that the kick was above the upright, but would in fact have gone over.

The assistant referees were overruled, and the three points were given, with Boyet being possibly the first ever player to request the TMO, have the ref listen, and get a decision in his favour.

It begs the question surely the players have a slightly better feel for whats happening on the park, which should therefore entitle them to have the right to officially ask for the TMO when they feel its necessary?

It was trialled in South Africa last year, with a White Card being afforded to each captain, which he could then use a certain number of times in a half. If the technology is there, and we all want the correct decisions at the end of the day, maybe the scope of the TMO should be extended to allowing players themselves to request video replays, once or twice in a half only?

Im sure there will be mixed opinions, so lets hear yours please.

Benjamin Boyet calls for the TMO, and gets it | RugbyDump - Rugby News & Videos