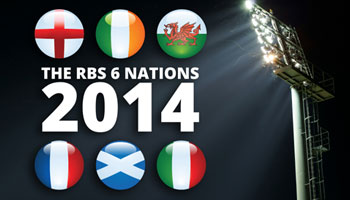 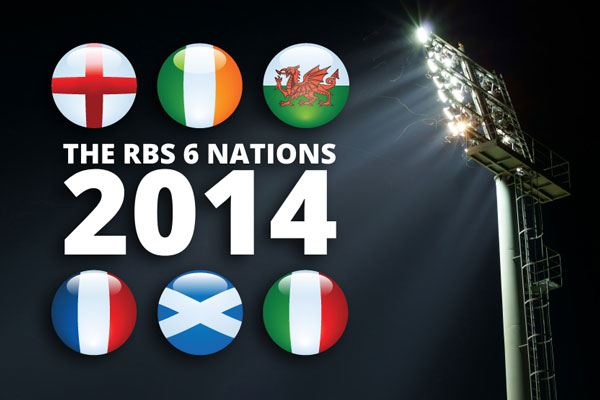 It has been quite some time since the hotly contested Six Nations Championship has produced such an evenly matched table at round five. As a result, a three-way-draw now exists at the top of the table, between Ireland, England and France.

This has led many pundits to proclaim 2014’s championship as one of the closest, most open-ended in recent years. Whilst it is anyone’s guess as to who will emerge victorious, the outcome of the battle to avoid the dreaded wooden spoon looks likely to be decided already, with a shell-shocked Italian squad producing zero points in the run-up to their match vs England this weekend.

Having cast aside memories of their closely contested defeat at the hands of a strong England side, the Ireland squad have certainly shaken off the cobwebs and found their feet again…

After their 46 – 7 victory against a floundering Italian squad, this energised Irish team will certainly be looking to carry their upwards momentum into the closing stage of the championship, as they prepare to face-off against France this weekend.

Some commentators have speculated that this could be the year in which Ireland knocks the defending champions from their podium: An achievement which would prove to be particularly sweet for Brian O’Driscoll, given that this will be his final Six Nations Championship prior to retirement.

If Ireland can replicate their crushing 1st and 2nd round victories (which the squad dished out in top-form against Scotland and Wales) for their upcoming match against France this weekend, 2014 could indeed be the year which marks a new era for Irish rugby.

Despite holding the highest world ranking of the teams which are currently competing in the six nations, the England squad have, so far, achieved a mostly favourable, but far from flawless set of results over the course of this championship’s first four rounds.

Following on from their defeat at the Stade de France, England managed to prove their worth by achieving a convincing victory over their old rivals, Scotland.

Maintaining their upwards trajectory, England narrowly defeated an incredibly strong Ireland squad to much fanfare at Twickenham before facing off against the defending champions, Wales – a match which produced yet another win, this time with an impressive 29 – 18 result.

With so many victories over the course of this tournament, the English are looking strong in the build up to this weekend’s match against Italy.

After suffering a crushing 2nd round defeat at the Aviva Stadium from the hands of an impressive Ireland squad, much criticism was directed toward the defending champions’ tactics as they readied themselves for a bruising match against the always-formidable French side.

Much to the delight of their fans at the Millennium Stadium, Wales answered their critics with an explosive 27-6 victory, but then slumped into a downward spiral at Twickenham, as an increasingly powerful England side hit the defending champions with a 29 – 18 defeat.

Welsh fans will be hoping for a victory against Scotland this weekend at the Millennium Stadium, even if they are now no longer playing for the title.

Prior to their recent match against Wales, the French squad were shaping up to be the darlings of the 2014 Six Nations Championship: Fresh from a first-week win against England, delight soon turned to despair, as an uncharacteristically weak French squad followed up a tough match against Italy with a third-round thrashing at the hands of Wales.

All eyes were on France in the fourth round of the championship as they went on to face Scotland at Murrayfield: And despite emerging victorious, many French fans felt that the result was a little too close for comfort, as defiant Scots poked holes in their defence throughout the second half of the match.

With everything to play for, this weekend’s pairing against Ireland at the Stade de France promises some electrifying rugby between two titans of the modern game.

Fighting for the right to hold their heads high and avoid the dubious honour of being 2014’s wooden-spoon holders, these two forces in international rugby look set to duke it out with gusto as we move into round 5.

In the run-up to the fifth stage of the championship, things are not looking at their best for the boys in blue: A last-gasp effort from Duncan Weir at the close of Scotland’s victorious 3rd round match against Italy helped to reverse a pattern of crushing losses, whilst a strong performance against France demonstrated that the side still has some fight left in them.

But with the menacing figure of Wales looming in the distance, Scotland will have to pull out all the stops to do their nation proud this weekend.

Despite the fact that they are still relative newcomers to the Six Nations championship (this year marks their 14th championship), Italy have made their presence felt over the years and it has now become impossible to imagine this sporting event without the presence of the Azzurri;

Italy opened their campaign with a brave performance against Wales under the shadow of the Millennium Stadium, before following on to face France in the 2nd round: Both games resulted in defeat, but solid performances were given which the Italian squad could be proud of.

Following a nail-biting defeat against Scotland and a more convincing thrashing at the hands of a powerful Irish squad, things are looking bleak for Italy, as they prepare to meet England in the 5th round, with no points to show for their efforts so far.