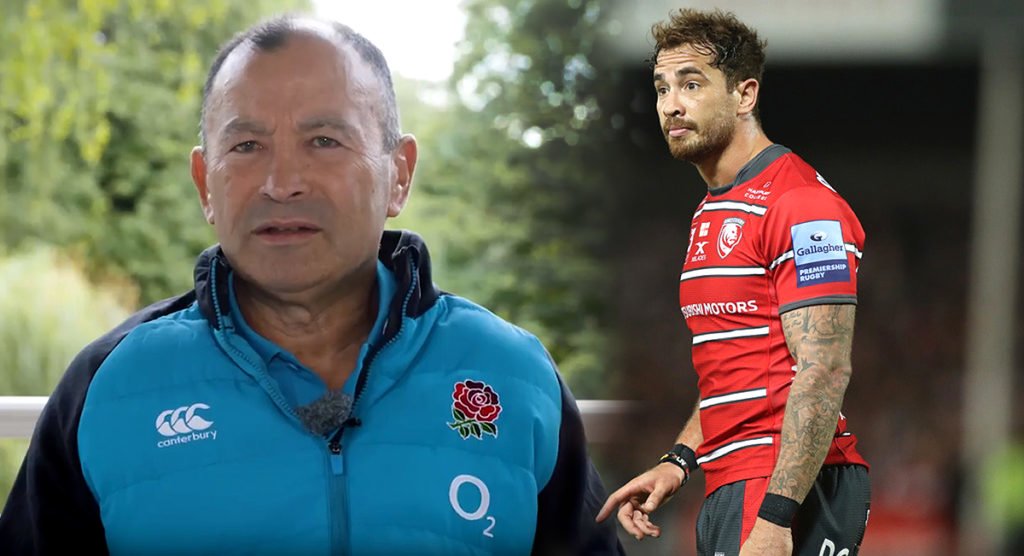 Gloucester number ten Danny Cipriani has not been named in Eddie Jones’ 36-man England squad that will assemble in Bristol for a training camp ahead of the autumn internationals. Chris Ashton and Manu Tuilagi were included, but Cipriani has been viewed as surplus to requirements.

Tuilagi, after scoring a sensational try for Leicester Tigers, is in the squad for the first time since playing for England in the 2016 Six Nations.

Ashton, who moved to England’s Sale Sharks from France, has also been included having last played Test rugby in 2014, while uncapped wingers Nathan Earle of Harlequins and Joe Cokanasiga of Bath have also been called up.

South Africans Michael Rhodes of Saracens and Nick Schonert of Worcester Warriors make up the other two uncapped players in the squad.

While in form Cipriani the most high profile exclusion from the squad, Jones has stated that they only wanted to work with two number tens.

In his view, the Gloucester playmaker is not one of them, instead favouring George Ford and Owen Farrell.

“We just wanted two stand-offs in the squad because we want them to get a lot of training time. Danny is probably third or fourth choice right now,” he said.

“He has some things to work on and he knows what they are. He’s disappointed but he understands.”

This call beggars belief if you’re to believe it’s ‘based on form’. Eddie owning headlines these days – some his doing, some not! 🤷🏻‍♂️ https://t.co/rRyxQqurhH

If Jones is making decisions on form then what is Chris Ashton doing in the squad? None of this makes any sense #cipriani

Earlier this week, former New Zealand coach Mitchell was confirmed as England’s new defence coach until the end of the Rugby World Cup 2019. Scott Wisemantel will continue as attack coach for the Quilter Internationals.

“The training camp in Bristol is our last opportunity to get the squad together before the Quilter Internationals so it is vital we put down some parameters, particularly with John Mitchell coming in as defence coach,” Jones said.

“We’ll implement a slightly different defence philosophy building on the great work Paul Gustard has done to keep advancing our defence. It’s a great opportunity for the players to work with John and for the team to keep evolving.”

The final England squad will be named on 18 October.