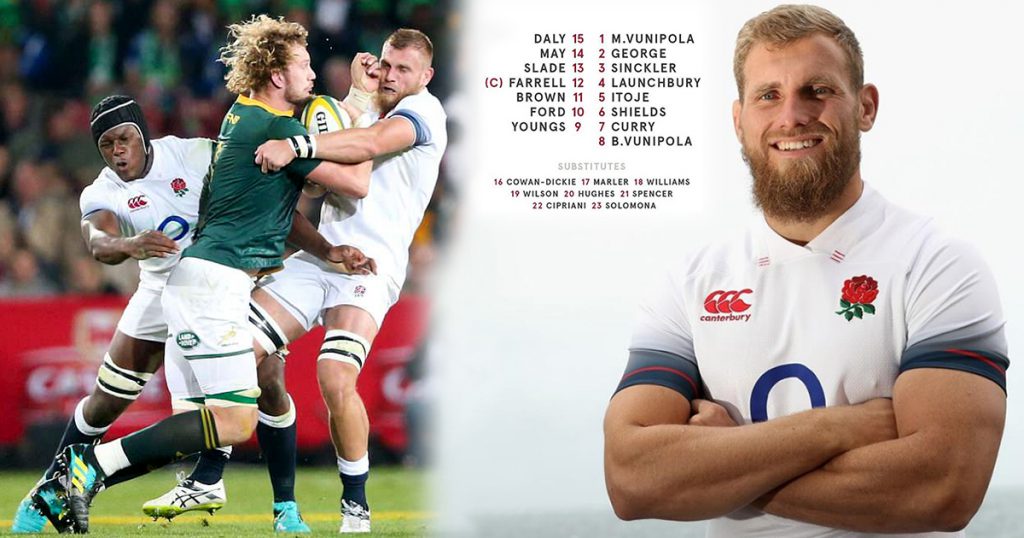 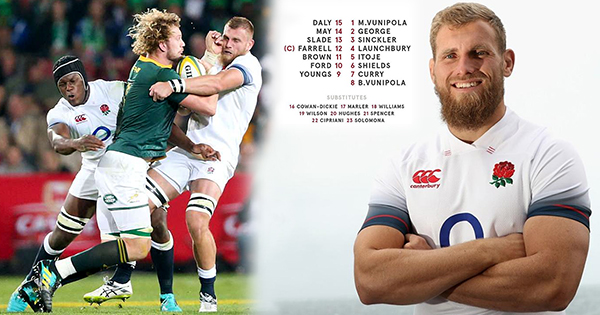 Eddie Jones has named Brad Shields in the starting fifteen to take on the Springboks in the second Test in Bloemfontein on Saturday. Danny Cipriani has also been selected, setting up a first return to Test rugby for him since 2015.

England, went down 42-39 in a thrilling match in Johannesburg last weekend, have made two changes to the starting XV, with Brad Shields of the Hurricanes making his first England start at blindside flanker, while future Wasps teammate Joe Launchbury comes in for Nick Isiekwe.

Danny Cipriani is named on the bench, replacing Piers Francis. Cipriani’s last cap for England came against France ahead of the Rugby World Cup in 2015. Mark Wilson is also included as a finisher having last played for England on the Argentina tour last season.

Eddie Jones said: “We have come here to win the series against South Africa and the squad is ready to go out and beat them this weekend. We have had a very good preparation this week and the intensity and executions in those sessions are going to put us in a good position for Saturday.

“The way the team have come together has been superb. Owen Farrell, with a number of the senior players, has really moulded the squad together. They are working hard to improve their game to make sure we win.”

Commenting on the change in the back row, Jones added:

“Based on South Africa’s likely selection of an extra lineout jumper we have decided to start with Brad Shields, which improves our lineout. It is tough on Chris Robshaw as he has been an outstanding player for us but I know he will bounce back.”