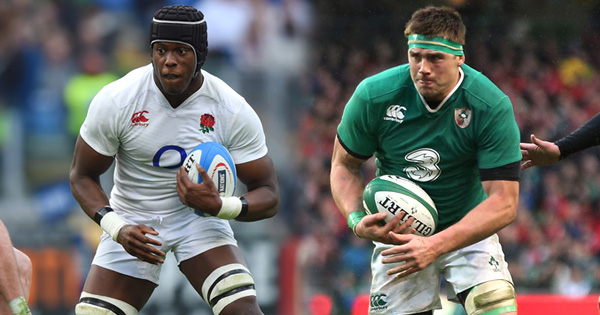 England are favourites to win against Ireland and win the Six Nations too, says David Flatman. The two sides meet this weekend at Twickenham, so former England prop Flatman shared his thoughts on where the game will be won, and by whom.

England, the only northern hemisphere side to win the Rugby World Cup, has not lifted the Six Nations trophy since 2011 and it was way back in 2003 that they claimed the Grand Slam.

Despite this barren run, ITV pundit and former Bath prop Flatman believes Eddie Jones’ side can end their Six Nations hoodoo and not only beat the Irish but win the tournament too.

“There is absolutely no reason why England shouldn’t win the tournament or the grand slam, there really isn’t – they are certainly good enough to do just that,” said Flatman.

“I think Wales are their biggest threat but an issue for the Welsh is that they have struggled and been put under a lot of pressure in the scrum in recent years.”

As for the Ireland clash, he feels that the breakdown is where the game will be won and lost.

Ireland are yet to register a win this campaign, but will be England’s toughest test to date.

The Irish are formidable on the floor and Flatman believes England – who struggled against Italy, a side not renowned as fierce exponents of breakdown work – must improve if they want to maintain their 100% record.

“The breakdown is the key area. It is so important that we are strong here because at the moment the breakdown certainly needs work. If we can compete I am confident we will win.

“I think England’s backrow looks balanced. There is a huge amount of work going with two defensive grafters which allows Billy Vunipola all the opportunity to carry ball which is exactly what he and England want. But I don’t see anywhere where either side will dominate.”

The ITV pundit said the likelihood of an Irish victory took a huge a huge blow with the news that flanker Sean O’Brien will miss the crunch clash at Twickenham.

“It is a massive, massive blow for Ireland to lose Sean O’Brien,” he said. “He is one of the few guys in world rugby that is a defensive nightmare to play against and a ball carrying nightmare too, he is that good. It is a huge loss and one that helps England’s cause greatly.

“We have to be favourites really. When you are without a now retired Paul O’Connell, Sean O’Brien out injured, Ian Henderson, Tommy Bowe, Cian Healy, Mike Ross – these are big big names.

“England do need to sort out our lineouts but with Steve Borthwick, I think that is fixable but with the wingspan of Devin Toner, it will make it difficult.”

England have won five of their last six contests against the Irish.