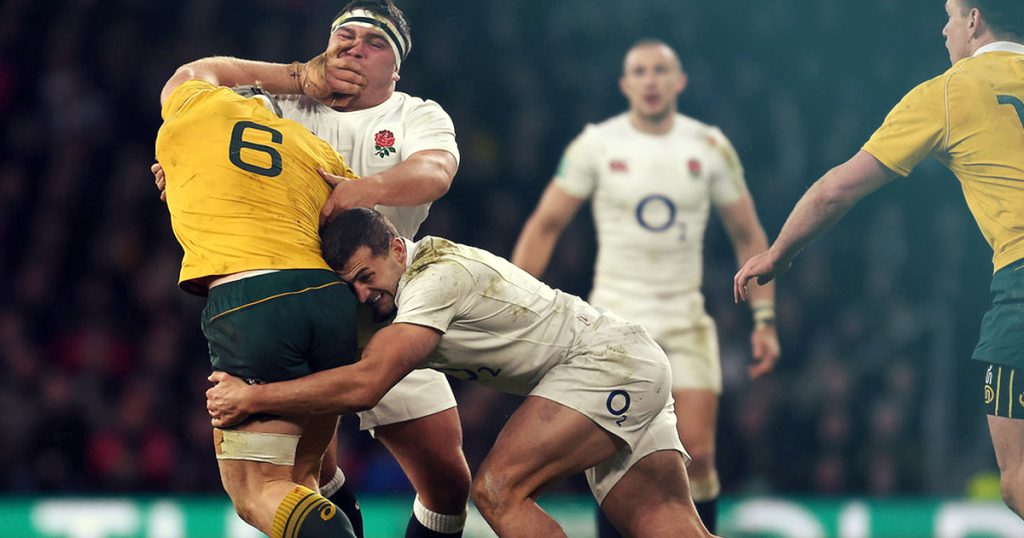 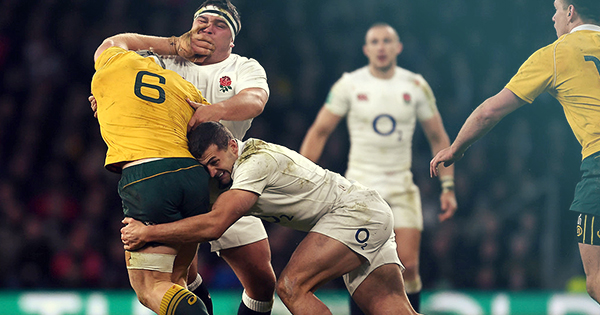 England have not lost to Australia since they were knocked out of the 2015 Rugby World Cup, but this could be the Wallabies’ biggest opportunity to snatch a win before 2019.

England head coach Eddie Jones has left out second row Maro Itoje from the starting lineup, and after England’s lackluster performance last week against Argentina, Michael Cheika and his men will be more than optimistic ahead of Saturday.

Last weekend, England made 196 tackles collectively over 80 minutes, which is the second highest since Jones took over nearly two years ago.

In fact, the only team that has tested England harder in defence was Australia – they forced England to deal with 213 tackles during the second Test of last summer’s tour ‘down under’.

Although Jones may be trying to prove a point by not selecting Itoje, the lock often tops the tackle count in a white shirt and given the Wallabies are on an eight-game unbeaten run, including a win over the All Blacks, England’s defence will be put under pressure.

England and Australia’s front fives share 309 international caps so they can’t rely on experience to influence the game. During last summer’s Test series, England narrowly edged the Wallabies by winning two extra lineouts over the three Tests, while the scrum count and their success rates were identical.

But since then Australia have been able to recruit their most experienced front row, while keeping former captain Stephen Moore on the bench with 127 caps – England’s forwards coach Steve Borthwick will need to have his notebook up to date.

The good news for England is that the visitors are without Israel Folau, who is widely regarded as the best full back in the world. That means Wallaby playmaker Kurtley Beale has been moved away from the centres to fill in at the back.

This is significant for Owen Farrell and Jonathan Joseph because Australia are lining up with the same ball-carrying centre partnership of Tevita Kuridrani and Samu Kerevi.

This means the Wallabies may play with less width and try to break England through the middle, therefore Farrell and Sam Underhill must be ready to cover George Ford at fly half, especially at set piece plays.

Last weekend Jonathan Davies caused all sorts of problems for the Wallaby defence because he got on the outside of Kurindrani and fed his wingers.

Farrell’s distribution will give England an excellent opportunity to exploit this weakness outside the 13 channel, especially with the added pace of Anthony Watson at full back and Jonny May, who returns from injury.

Although England are still favorites, it will be a fascinating contest.

*Debutant Enever is a late change for Adam Coleman, who was ruled out with a thumb injury.