France too strong for Wales in Paris 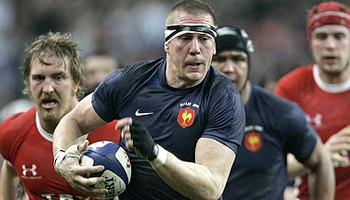 Wales were defeated on Friday night in Paris 21-16 as hosts France destroyed their hopes of achieving a back-to-back Grand Slam, which would have been the first time since 1909.

The Welsh blew a 13-3 halftime lead after looking in control following a great try from the speedy Lee Byrne and eight points from fly-half Stephen Jones.

France fought back though as 20 year old Matthieu Bastareaud justified his selection by Marc Lievremont, having an excellent game. Surprise choice at fly-half Benoit Baby and goalkicker Morgan Parra both silenced the naysayers.

Parra slotted three penalties and a conversion as France edged the try-count through scores by flanker Thierry Dusautoir and wing Cedric Heymans.

Wales will be ruing missed chances as they had the opportunity to equal the Six Nations record of nine wins in a row, jointly held by England and France.

Welsh coach Warren Gatland accepted that his side lost to the better team.

“There were no excuses the better team won,” he said. “We were 13-3 up and we needed to be a bit smarter.

“If we had scored just before half-time it would have made it a different game.

“France were a bit more desperate than we were and they had been under a lot of pressure as a team. That galvanises a team and brings the best out of you.

“This wasn’t a game that got away from us we are just disappointed with our performance.